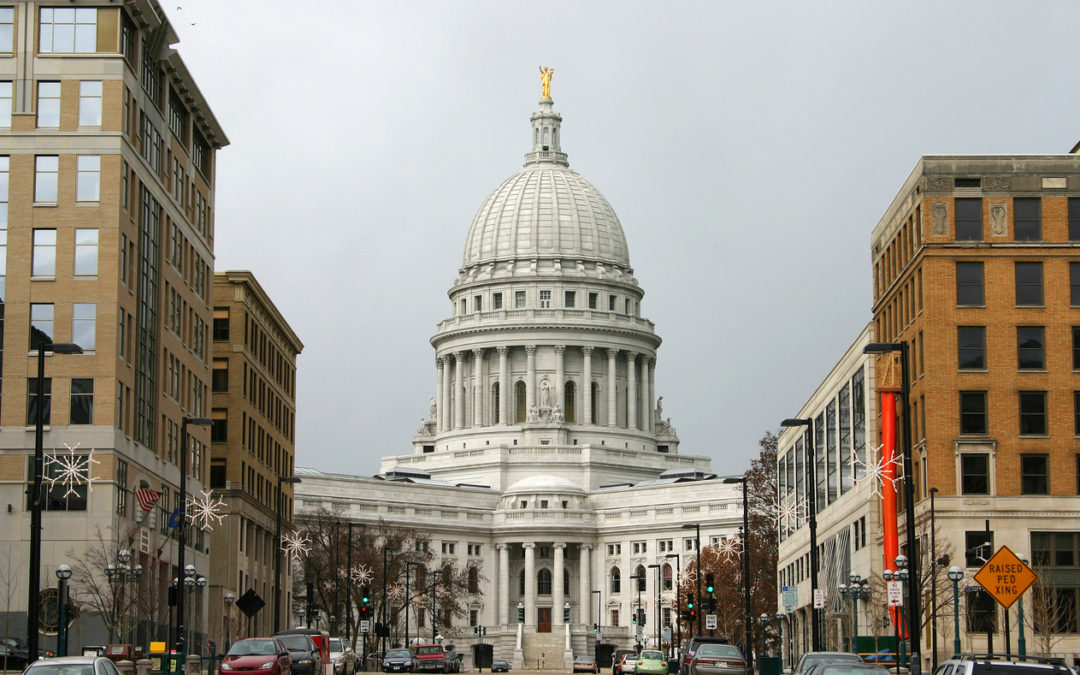 Organizers and community members urged the state Legislature to restore the right to obtain driver’s licenses regardless of immigration status.

More than a thousand people marched Wednesday onto Wisconsin’s Capitol today chanting “licencias ahora” (licenses now) as part of a statewide “Day Without Latinxs & Immigrants” strike, urging the state Legislature to restore access to driver’s licenses for state residents regardless of their immigration status.

Since taking office in January, Gov. Tony Evers, a Democrat, has included measures in his 2019-2021 state budget proposal to allow residents to obtain driver’s licenses regardless of their legal immigration status. But the governor faces strong opposition in the Republican-led Wisconsin Legislature.

More than 175 businesses announced that they would participate in the strike.

Nationwide, civil rights and immigrants rights advocates recognize May 1 as a Day Without Latinxs and Immigrants. Hispanics are encouraged to leave work or close their businesses to highlight the economic impact of the population.

Eduardo Perea has lived in Wisconsin for 30 years, though he lacks legal immigration status. A small-business owner working as an independent contractor, Perea said he’s helped build more than 100 houses in the Milwaukee area.

“We are rallying to let legislators know that we are human beings trying to do what any other citizen would do: go to school, doctors’ appointments, grocery shopping,” Perea said, advocating for the right to obtain a driver’s license.