What Will Happen If DACA Ends? 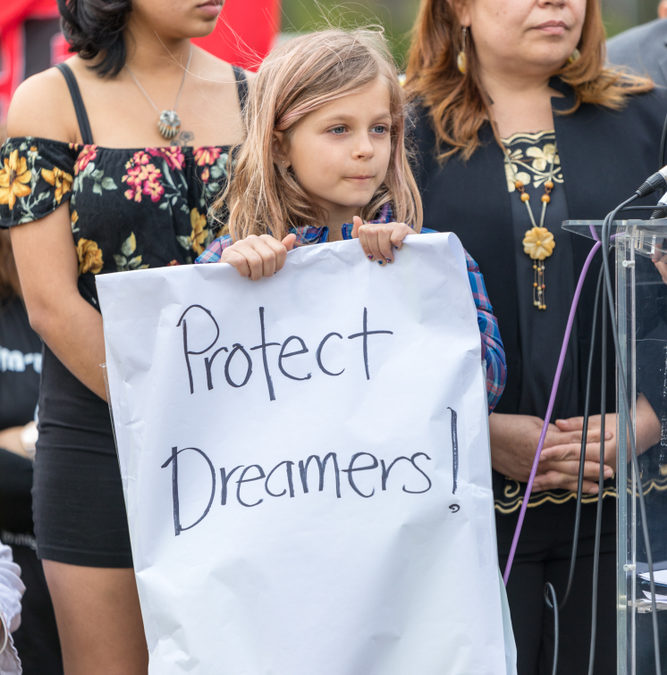 Since its creation in 2012, the Deferred Action for Childhood Arrivals (DACA) program has protected more than 820,000 undocumented immigrants from deportation—all of whom came to the United States at a young age and have lived here for more than a decade. But this progress is now in serious jeopardy.

Last September, the Trump administration rescinded DACA, announcing an arbitrary deadline—October 5, 2017—by which recipients with expirations on or before March 5, 2018, could apply for renewal. But myriad court cases have left the actual state of play surrounding the program anything but clear. Since January, multiple federal courts have ruled against the administration’s decision to end the program and have allowed recipients to once again submit applications to renew their protections, regardless of expiration date. The first of these rulings came from a federal judge in California last January; a second ruling came from New York the following month, where a judge issued a similar injunction. And just last week, a federal judge in Washington, D.C., ordered that the full DACA program be reinstated, including for first-time applicants. That ruling is on hold until August 23, however, giving the Trump administration an opportunity to appeal the decision.

The threat against DACA leaves 700,000 lives in limbo.

The main threat to comes from a lawsuit that Texas Attorney General Ken Paxton filed on behalf of eight states and two Republican governors to challenge the constitutionality of DACA. A preliminary injunction hearing in the case was held August 8. On the bench is Andrew Hanen, the notoriously anti-immigrant U.S. district judge who blocked the 2014 expansion of DACA and the implementation of Deferred Action for Parents of Americans and Lawful Permanent Residents (DAPA), a separate initiative adopted during the Obama administration. If Judge Hanen issues a nationwide injunction ordering U.S. Citizenship and Immigration Services (USCIS) to stop adjudicating further DACA renewal applications, that would be in direct conflict with the previously issued injunctions that require USCIS to continue adjudicating renewal applications. This would throw the situation into chaos, triggering a battle that could end up at the Supreme Court. At a time when Brett Kavanaugh’s pending nomination could dramatically shift the court’s balance, the plight of a DACA case before the Supreme Court could imperil the program.

Continue reading this article on the source site:

Amid Court Challenges, Here’s What Will Happen If DACA Ends

Read an article about a New York Dreamer who challenged the Trump Administration by clicking here.