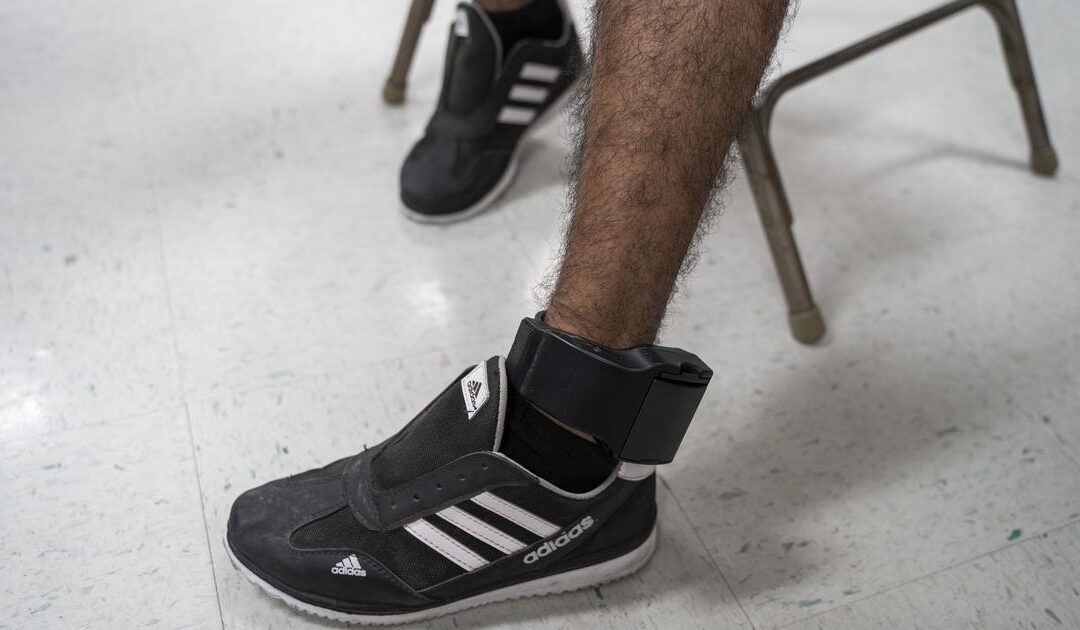 More than 216,000 people with pending cases before U.S. immigration courts have been placed in a federal government tracking program, according federal data released April 14. Since President Joe Biden took office, the number of immigrants in the Alternatives to Detention (ATD) program has more than doubled, reflecting the Administration’s embrace of new surveillance technology as a tool to limit reliance on government-funded detention centers.

While immigrant advocates have long called on U.S. Immigration and Customs Enforcement’s (ICE) to reduce or end the use of immigrant detention centers, they say the ATD program raises a fresh set of concerns about immigrants’ privacy and civil rights. On April 14, three immigrant advocacy organizations—Just Futures Law, Mijente, and Community Justice Exchange—filed a lawsuit against ICE, calling on the agency to provide information showing what data are being collected on individuals in the ATD program, and how that data are used, either by the government or by the for-profit contractors that operate the technology.

“Policing and enforcement in immigrant communities has shifted in the last years to really depend more and more on tech and data companies,” says Jacinta Gonzalez, senior campaign director at Mijente. “ICE will call it an ‘alternative to detention’ even though we know that it’s really sort of an extension of the detention system.”

In the days after Biden took office, 86,860 people were monitored through ATD. On April 9, that number was 216,450. Roughly 75% of those enrolled in the program are supervised through an app called SmartLINK, which uses facial and voice recognition, and GPS tracking. SmartLINK was designed by BI Incorporated, a subsidiary of GEO Group, the largest private prison company in the U.S. ICE began using SmartLINK in 2018, during the Trump Administration. The Biden Administration has significantly increased usage of the app, according to a data analysis by the Transactional Records Access Clearinghouse (TRAC), a research organization at Syracuse University.