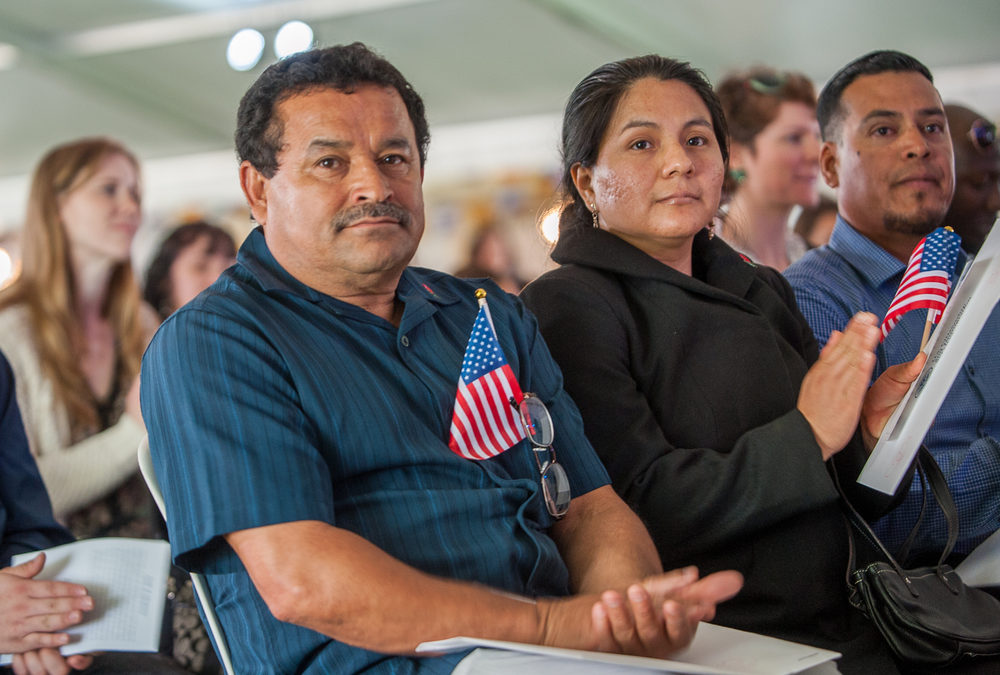 The line of immigrants applying to become U.S. citizens is becoming longer. There has been a backlog of citizen applications for years. But the backlog has increased dramatically since President Trump took office. Immigrant advocates say this has become the Trump administration’s “second wall.”

On a recent workday evening, three immigrants sit in a small airless room in San Francisco for a free citizenship class. Their instructor, Samuel Bianco, dictates some key facts about American civics, slowly, so they can take notes.

“The president lives in the White House. Congress makes new laws,” says Bianco, who works for the International Institute of the Bay Area, a group that provides legal immigration services.

Bianco’s students are lawful permanent residents preparing for the U.S.citizenship test and interview. But for some applicants, the hardest part may not be the test. It may be in getting an appointment to take it, says Bianco.

“Before the 2016 election generally, applications would take four, five, six months to process. And now they’re taking ten months to a year,” he says.

The wait is longest in cities with large immigrant communities. In Washington D.C., it can take up to sixteen months; in New York City twenty-one months; Atlanta twenty-two months.

Continue reading to learn more about the increase of immigration waits since the Obama administration.

Looking for an immigration event to attend near you? Check out the e-immigrate Events page by clicking here.