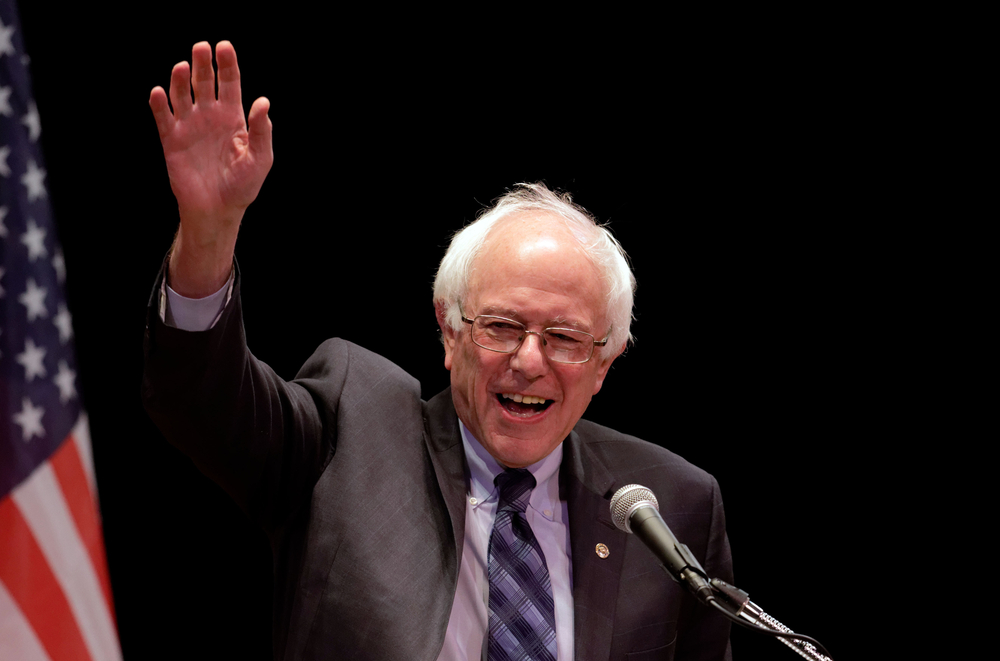 In a July 2015 interview with Vox, Bernie Sanders — America’s most prominent democratic socialist — famously dismissed the idea of open borders as a “Koch brothers proposal.” Pressed by host Ezra Klein, who suggested that sharply increasing immigration to the United States would “make a lot of the global poor richer,” Sanders elaborated:

That’s a right-wing proposal that says essentially that there is no United States… If you believe in a nation-state, in a country called the United States… you have an obligation, in my view, to do everything we can to help poor people. What right-wing people in this country would love is an open-border policy. Bring in all kinds of people, work for $2 or $3 an hour. That would be great for them. I don’t believe in that.

As a matter of practical politics, Sanders was only half-right. It’s true that full-blown open-border advocates tend to be free-market libertarians. But under Trump, immigration restriction has become signature right-wing policy, while support among Democrats for more open immigration has skyrocketed. Thanks to the efforts of activist Sean McElwee, “Abolish ICE” has even become a rallying cry on the socialist left — one that Sanders embraced earlier this year, perhaps unaware of McElwee’s own view that socialism should strive for a “radical flattening of the global income distribution.”

Yet a new book by the conservative commentator and Atlantic columnist Reihan Salam says, in essence, that Bernie got it right the first time. In Melting Pot or Civil War?, Salam argues that although the United States’ embrace of large-scale, low-skill immigration over the past decades hasn’t been a plot by libertarian billionaires to hoodwink liberals into helping them create a highly unequal society — one in which pampered urban professionals benefit from the cheap labor of an impoverished and politically quiescent immigrant workforce — it might as well have been, since that’s where we’re headed. A labor-friendly reformicon, Salam argues that America desperately needs to shift toward a more skills-based immigration system while investing far more in helping immigrants and their children climb their way out of social marginalization and poverty. Without a new “middle-class melting pot,” he warns, we may soon find ourselves in a country where class politics fuse fully with color politics, looking back “wistfully on the halcyon politics of the Trump years.”

One obvious objection to a book subtitled A Son of Immigrants Makes the Case Against Open Borders (Salam is a second-generation Bangladeshi-American) is that no one is really making the case for open borders. Or at least, no one who matters. Reviewing the book in Foreign Affairs (where I work), Noah Smith argues that although open borders are “a darling of intellectual libertarian circles,” these “libertarian intellectuals are a nonfactor in national politics.” All that one does by decrying “open borders” is to rebut these libertarians — an exercise with little relevance to the wider political debate.

But the unpopularity of the libertarians is precisely Salam’s point. He divides advocates for increased immigration into two camps. On the one hand are the “standard-issue immigration activists” of the left. Domestically, these people support egalitarian policies, and while they don’t necessarily advocate for the total abolition of national borders, they believe that the United States should be far more welcoming to foreigners, many more of whom deserve the opportunities that come with living in a rich, developed nation. On the other hand are the “bullet-biters”: the wonkier, more rigorous advocates of increased immigration — many of them the libertarians mentioned by Smith — who “forthrightly acknowledge that open borders and domestic equality simply can’t coexist.” Salam’s argument is not really with the bullet-biters, who know perfectly well that mass low-skilled immigration comes with serious tradeoffs. It’s with the liberal and leftist advocates of increased immigration who, seemingly having failed to think through the implications of their own position, are making common cause with the libertarians, who gleefully suggest that open borders could turn America into Elysium.