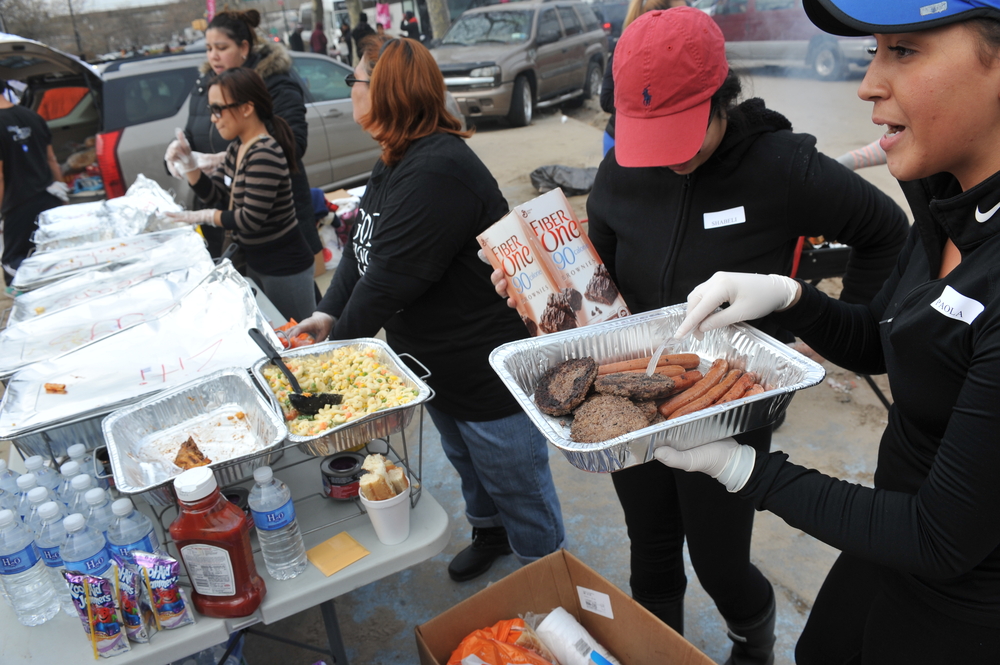 Earlier this week President Trump said his administration is no longer releasing migrants from custody. “We’re going to catch,” he said. “We’re not going to release.” But that’s not what’s happening along the southwest border. Although overall apprehension numbers were down a bit last year, the number of migrant families apprehended there by immigration agents is reaching record numbers.

The influx is straining capacity at immigration holding cells and detention facilities. so, starting a few weeks ago, Immigration and Customs Enforcement began releasing hundreds of families from custody. The sudden releases are putting an enormous strain on nonprofits and communities along the border.

In the past, in some border communities — like El Paso, Texas — ICE either helped families arrange transportation to sponsors around the U.S. before they released them, or released families directly to local shelters and churches. If those shelters didn’t have enough space, some families remained in custody until there was room.

Now ICE is no longer helping families with travel plans and is releasing them from custody regardless of whether shelters can accommodate them. Advocates worry that means some families may simply end up on the street, and are scrambling to find more housing and volunteers.

Outside El Paso, at the Holy Cross Retreat Center in Mesilla Park, N.M., volunteers recently lined up to greet a bus of migrant families being dropped off by ICE. About 20 parents and children stepped off the bus. A volunteer named Orlando Carrillo Jiménez ushered them into the retreat center.

Jiménez has a big personality and booming voice — he’s a mariachi singer — and he cracks jokes to put the group at ease. He first welcomed them to the United States and apologized for what they had gone through with immigration officials. Then he explained what was about to happen. First, they would eat dinner — a hot, homemade meal. Next, they would receive medical evaluations. These families just completed long, sometimes treacherous journeys; adults and children alike may need medical attention.