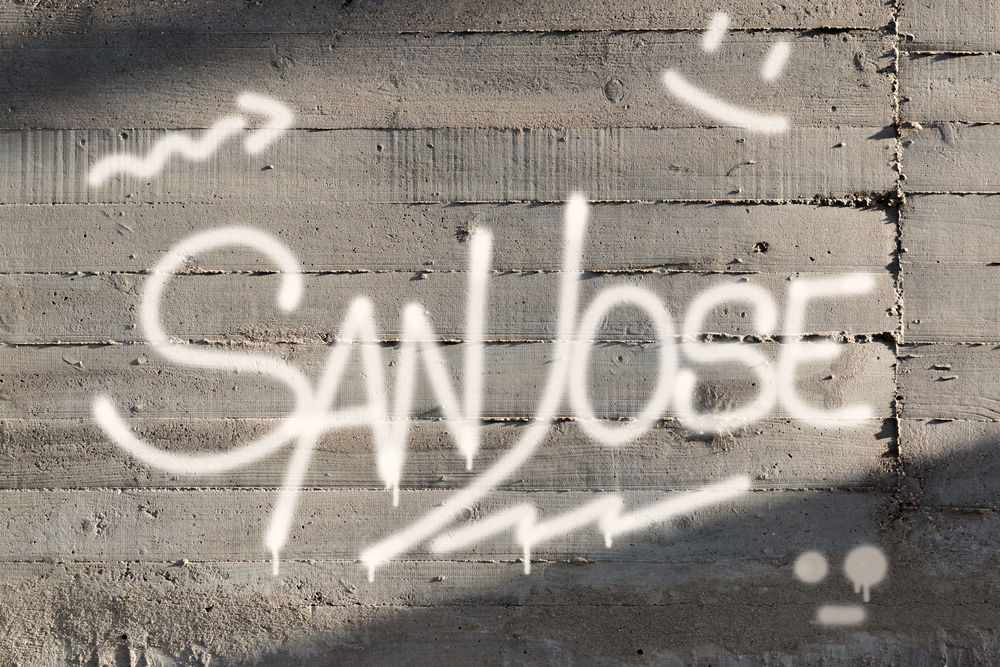 Carlos Velazquez may be as close as anyone in San Jose to being an expert on the city’s historic murals.

So it’s natural that people would ask him where to find the public art representing the city’s Latino culture. There isn’t a good answer.

“There’s very few left, and they’ve been systematically just painted over, not been taken care of,” said Velazquez.

The slow loss became an urgent community issue with the sudden gray-washing of Mural de la Raza, a favorite in the mural bike tour Velazquez organized early last year. The mural, which had been on the side of a now-shuttered Payless ShoeSource on Story Road since 1985, was painted over in August as the property was sold to a new owner. That sparked protests and a $5 million lawsuit from the artist.

Velazquez said the loss hit a raw nerve in a Hispanic community already feeling under siege from displacement and gentrification. The murals were supposed to be a permanent marker of San Jose’s Mexican-American roots, which go back to its founding as a Spanish town in 1777.

“We’re seeing this erasing of the community, and now we’re seeing the literal erasement of our community in a mural, as well,” he said.

Velazquez, who grew up in San Jose and works for the city, said that he only recently began noticing some of the historic Latino murals.

Though the city still has about eight remaining, at least four others have been lost, painted over or removed in the past five years. Among the lost murals is Mexicatlan, which was on the corner of Sunset and Alum Rock avenues in the Mayfair neighborhood, not far from Mural de la Raza. Muralist Guillermo Aranda filed a complaint with the business in the building where his mural once was, eventually settling in 2015 for an undisclosed amount, he and his attorney said. Under the 1990 federal Visual Artists Rights Act and California law, muralists must be given advance notice before their work is altered or removed. Earlier this year, a federal judge awarded $6.7 million to 21 graffiti artists in New York whose work was destroyed in 2013.