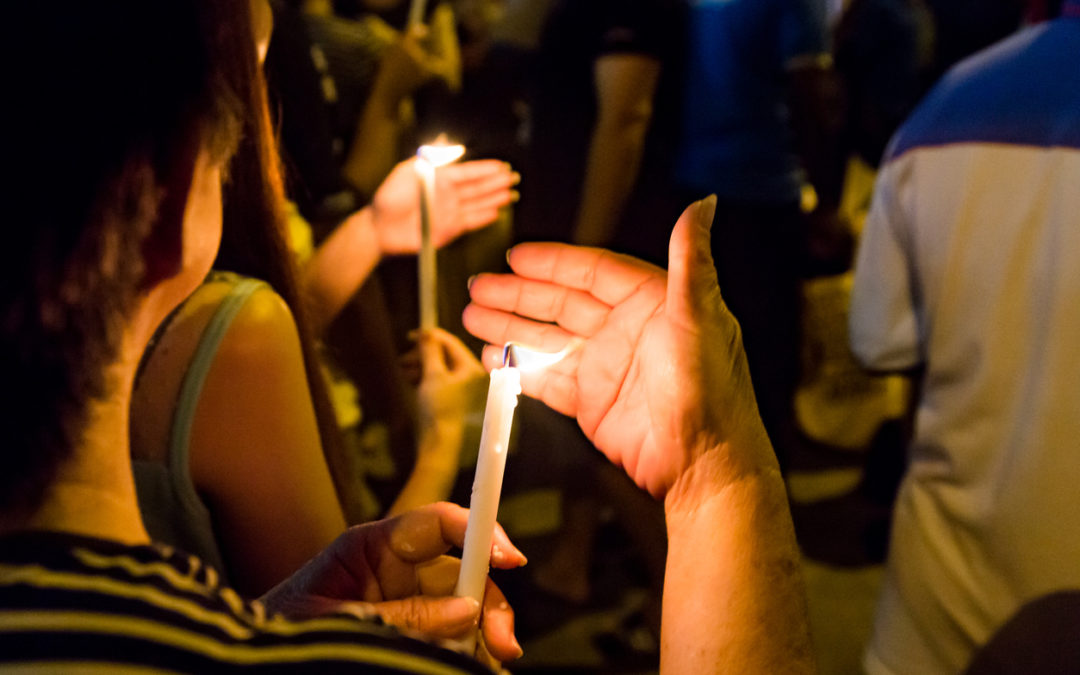 Residents in the Rio Grande Valley gathered at vigils in McAllen and Brownsville, Texas, on Sunday evening to remember the lives of Óscar Alberto Martínez Ramírez and his 23-month-old daughter, Angie Valeria.

The Salvadoran father and daughter drowned as they tried to cross the river between Matamoros and Brownsville on June 23. Valeria’s mother, Tania Vanessa Ávalos, watched as her family was swept away.

Julia Le Duc, a journalist working for La Jornada, took a photo that showed Ramírez and his daughter facedown by the riverbank. The child was tucked into her father’s shirt, her arm still around his neck. The image went viral and shed light on restrictive U.S. government immigration policies like “metering” that have pushed some desperate migrants to risk crossing the river between ports of entry.

The vigil at Brownsville’s Hope Park was only about a mile from where the bodies were found.

Photos of the Salvadoran family rested on a table. Some people held signs and others held candles that were lit during the vigil.

Joyce Hamilton, a member of the group Angry Tias and Abuelas, spoke to the crowd. “On the way here tonight,” she said, “all I could think is that there’s no way I could talk tonight because this whole past week or so has been just so crushing.”

Organizations like Angry Tias and Abuelas regularly help migrants in Mexico and in the U.S. They worked with other groups to organize the vigils.

Gabriela Zavala, the executive director of a respite center at a local church, took a turn speaking at the vigil.

“We only know a few things about them,” she said, “but we do know this. We know that they, like many immigrants before them and many immigrants after them, made the ultimate sacrifice to leave their countries behind to brave a dangerous trek in search of safety and a better life.”