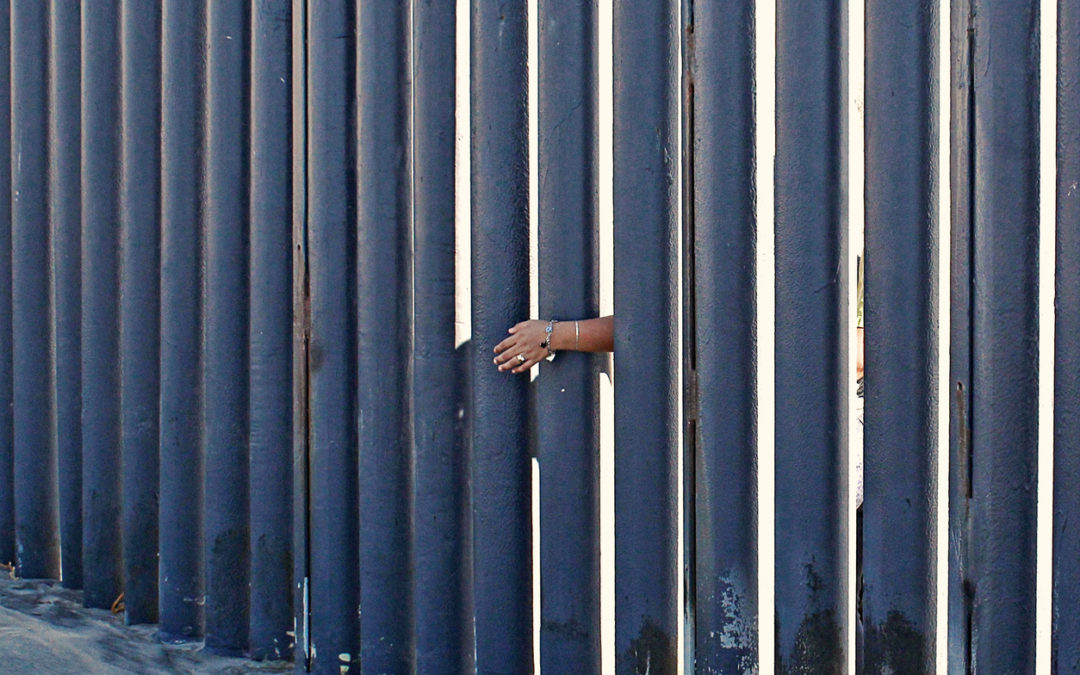 It is not a sound normally associated with the border, particularly in its latest role as a national symbol of incalculable political charge. But there it was, as unmistakable as the pink seesaws that prompted it: laughter.

Two architects in the San Francisco Bay area are responsible for the installation over the weekend of the three seesaws that briefly graced a small stretch of the nearly-2,000-mile swath of land where the United States abuts Mexico. Videos of the seesaw have drawn millions of views after one was posted on Twitter by Mexican actor Mauricio Martinez.

The project draws power from its simplicity, the way it presented a vision of another reality at the border that contrasts with the one created by the heated immigration debate.

But some on social media said they saw darker undertones in the installation, with some saying they felt it was a Pollyanna message about equality and unity, or a dystopian portrait of a security-obsessed future.

“There are so many horrible things about this installation, from adding to that violent colonial wall that is desecrating Indigenous land & separating families, to the seesaw implying equal power relations, to human relations being mediated by the settler states of USA and Mexico,” one wrote on Twitter.

Republican officials such as President Trump have sought to paint the border as a lawless place, overrun with invaders who seek to enter this country to do harm.

But a steady stream of everyday citizens have sought to show the border in another light.

In February, the city council of Nogales, Ariz., unanimously passed a resolution to formally condemn six rows of razor wire the U.S. military installed on an existing border fence next to neighborhoods and schools. Elsewhere, some through-hikers have walked long stretches of border, including a pair of women who walked the entire 1,954 miles in one go — a direct rebuke to the characterization of the border as dangerous.