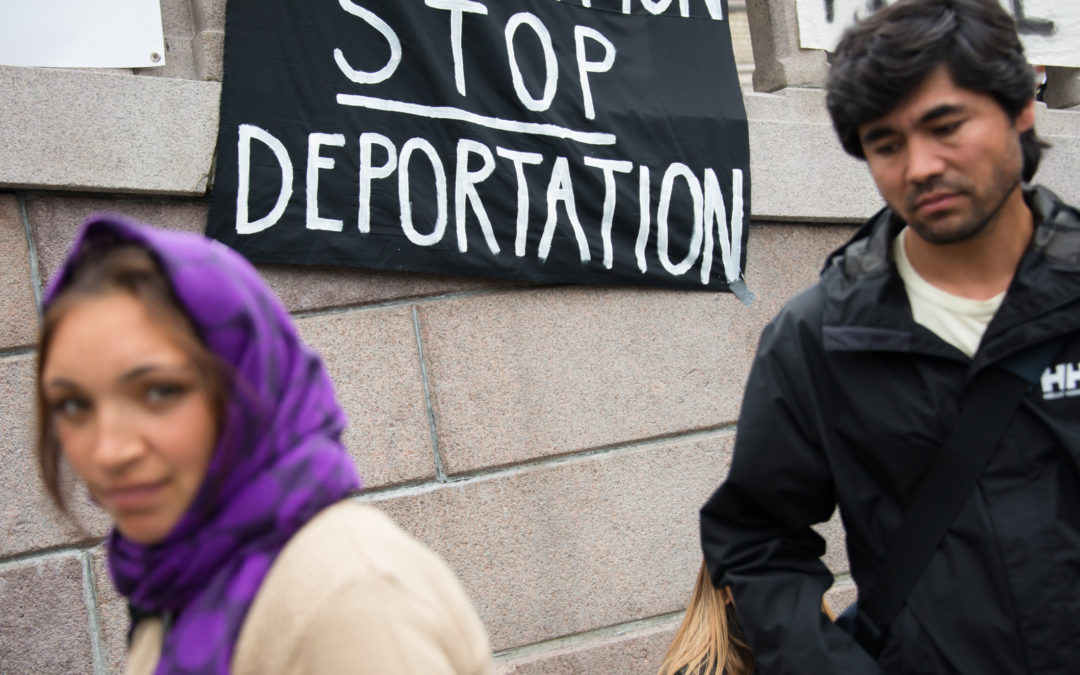 Immigration networks throughout California have set up hotlines to provide legal aid to undocumented immigrants as President Trump threatens to ramp up deportations.

We’re going to begin today’s program looking at how two of the week’s biggest stories are affecting people’s lives. In a few minutes, we’ll hear what Iranian Americans in Southern California are telling their community news outlets about the escalating tensions between the U.S. and Iran.

But first, we’ll look at immigration. Yesterday, President Trump delayed proposed nationwide ICE raids, he says to give the Congress time to come up with a broader immigration plan. Earlier today, he tweeted, “I want to give the Democrats every last chance to quickly negotiate simple changes to asylum and loopholes” – unquote. He added, two weeks, and big deportation begins.

In the Bay Area, advocates and local governments have been preparing for something like this for years, building legal aid to help immigrants defend themselves from deportation. From member station KQED, Farida Jhabvala Romero has this report.

FARIDA JHABVALA ROMERO, BYLINE: Across California, two dozen rapid response networks have hotlines where anyone can call to report an arrest by U.S. Immigration and Customs Enforcement agents. For example…

HAMID YAZDAN PANAH: Someone that was presumably at home or on their way to school, and they’re picked up by a number of agents in, you know, an unmarked vehicle, and they’re whisked away from their family.

ROMERO: Hamid Yazdan Panah helps coordinate the networks from Kern County, north of Los Angeles, all the way to the Oregon border. He says those networks have dispatched immigration attorneys to consult with hundreds of migrants arrested by ICE.

PANAH: The rapid response networks – they’re about building a bridge between attorneys and organizers and the community members and encouraging folks to not live in fear.