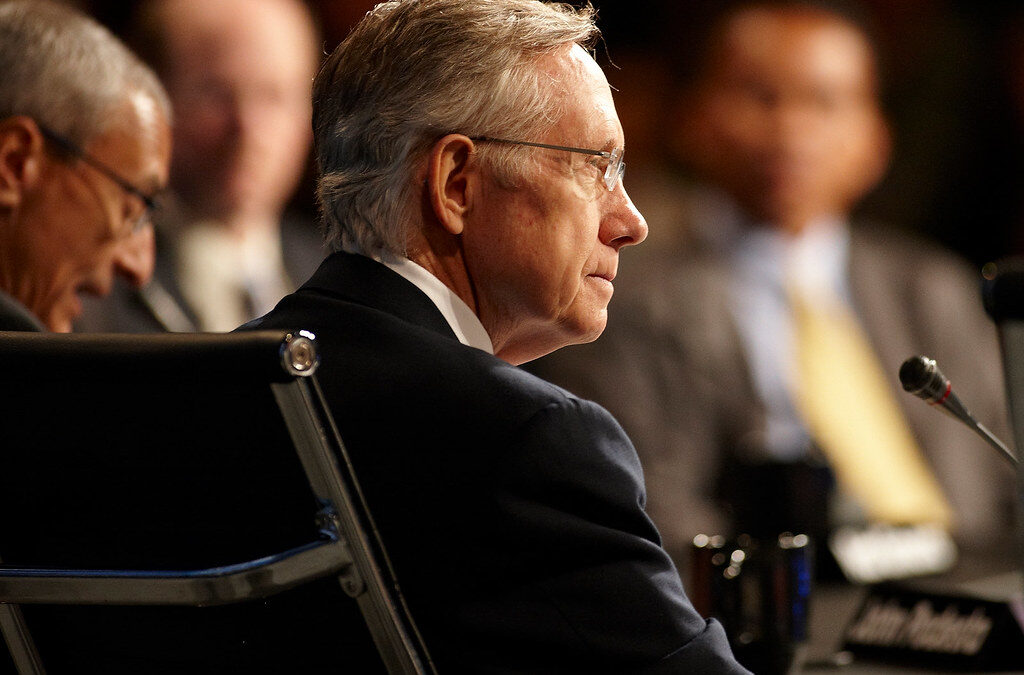 “Harry Reid wasn’t just a giant of the Senate, he was a fighter for America’s working families,” Padilla tweeted. “He remains an inspiration to many, including myself.”

The son of Mexican immigrants, Padilla is a graduate of the Massachusetts Institute of Technology. He knows a lot. Yet he doesn’t know much about Reid. Also, apparently, he is easily inspired.

The pride of Searchlight, Nevada, is being memorialized by fellow Democrats, and the left-leaning media, in terms of his legislative accomplishments with nary a mention of his greatest failure: immigration.

The equal protection clause of the 14th Amendment declares: “All persons born or naturalized in the United States, and subject to the jurisdiction thereof, are citizens of the United States …”

Yet, in 1993, Reid introduced sinister legislation that would have countermanded the 14th Amendment and denied “birthright citizenship” to the U.S.-born children of undocumented immigrants. Using language typically heard from Republicans, he argued that “no sane country” would allow such a practice.

The supposed “fighter for working families” — which include working immigrant families — refused to fight for them at critical moments between 2006 and 2013, when landing the right punch could have made a real difference in people’s lives.

The Border Security, Economic Opportunity, and Immigration Modernization Act of 2013 would have let the undocumented earn legal status, made it easier to admit highly skilled immigrants and beefed up the Border Patrol. Although Reid did support the bill, which passed in the Senate, the GOP-controlled House killed it by failing to even consider it.

An amateur boxer in his youth, Reid is being eulogized as a fighter. Sure, he knew how to fight. But he was also good at hiding. He ducked the tough issues to protect fellow Senate Democrats from having to cast unpopular votes that could get them defeated by Republicans.