Family Reunification: How these moms are helping reunite immigrant families 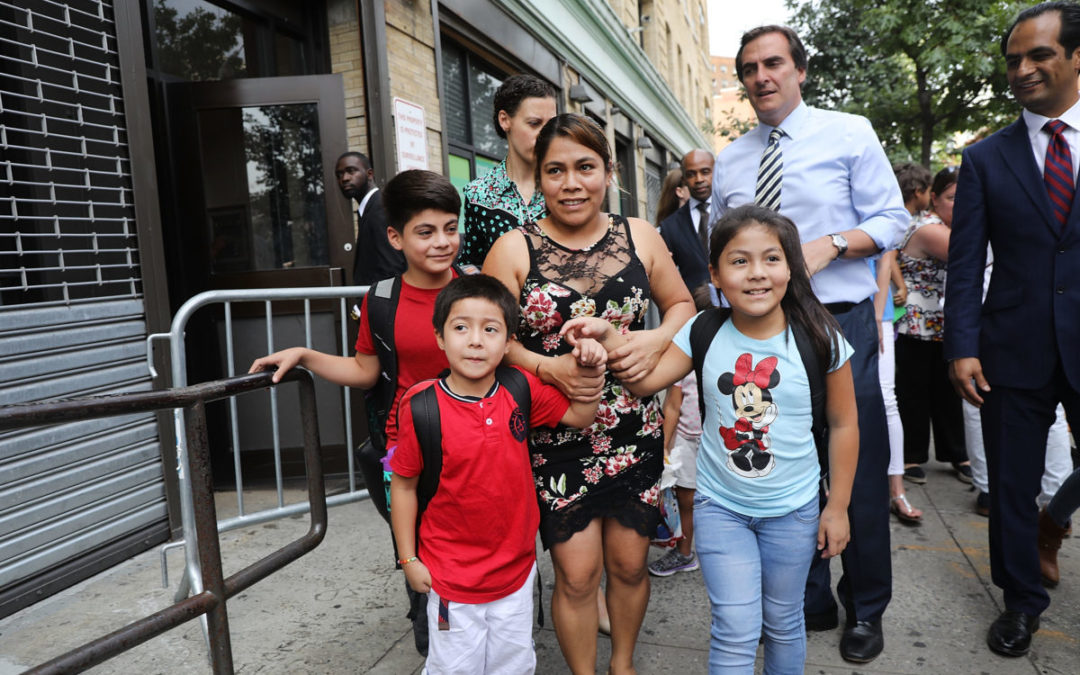 Family Reunification: Julie Schwietert Collazo was listening to the radio when she heard about a fellow mother — with three children like she has — who needed help. A woman from Guatemala was being held at the Eloy Detention Center in Arizona, and her attorney said she could rejoin her children in a New York foster care center to await her immigration proceedings if only she could pay her bond.

To Collazo, a freelance writer who lives in New York, it was an opportunity to help immigrant families who had been separated at the border. She called the attorney and asked if his client might be interested in her getting a group together to raise not only the bond to release her, but also the money to bring her to New York and support her while she pursued reunification with her children and went through her court case.

“He kind of just started laughing and said, of course that would be of interest,” Collazo said.

The bond for the mother, Yeni Gonzalez-Garcia, was $7,500 — money that was raised quickly through an online campaign. Collazo paid the bond at the immigration office in Manhattan and arranged for a group of mostly professional immigration advocates to pick up Gonzalez-Garcia at the Arizona detention facility and drive her to New York.

“The idea was not for her to see beautiful America,” Collazo said. The advocates thought it was safer, since she didn’t have identification, if they accompanied her on the cross-country trip.

In July, Gonzalez-Garcia was reunited with her children. “I feel very happy,” she said.

Immigrant Families Together, the network Collazo started, raised more than $50,000 to help Gonzalez-Garcia while she goes through immigration legal proceedings and until she is authorized to work. She and her children now live with other relatives in North Carolina.

Continue reading by clicking here to find out how the group has been able to help other women.