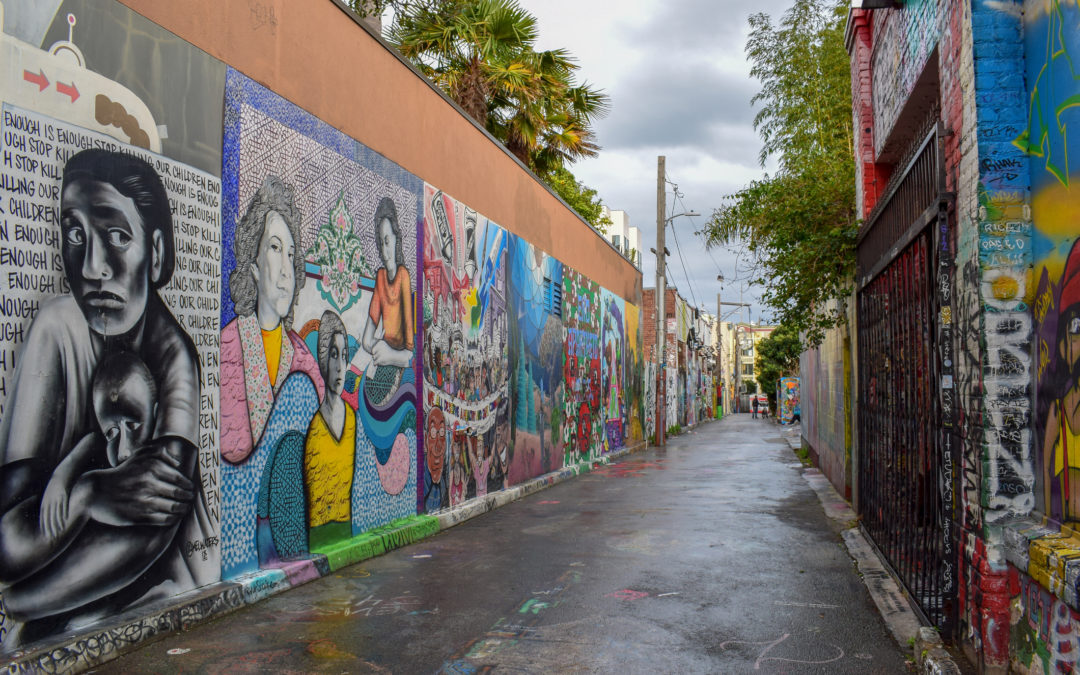 Palm trees were planted in the Mission District in early 1971 — a clear attempt by city leaders to give the struggling working-class neighborhood more of a Santa Barbara vibe.

But the locals had their own makeover planned; one that didn’t involve pretending to be something that they were not. The first high-profile murals covered by the local media appeared that same year, beginning a history of public art that has defined the district.

The most impressive work was designed by Jesus Campusano — an L-shape mural filled with subversive imagery built in a very unexpected place.

“By far the most extraordinary of these works is a 90-foot-long mural executed by a team of eight artists,” Albright wrote. “No less extraordinary is the fact that it was commissioned by, and hangs above the teller windows of, the 23rd and Mission branch of the Bank of America.”

The other 1974 murals were equally ambitious. Michael Rios designed a mural with Aztec jungle themes at a mini-park near 24th and Bryant streets. And four Latina women, calling themselves the Mujeres Muralistas, painted a surreal scene with horses, gods and cartoonish figures on a parking-lot wall near Mission and 26th streets.