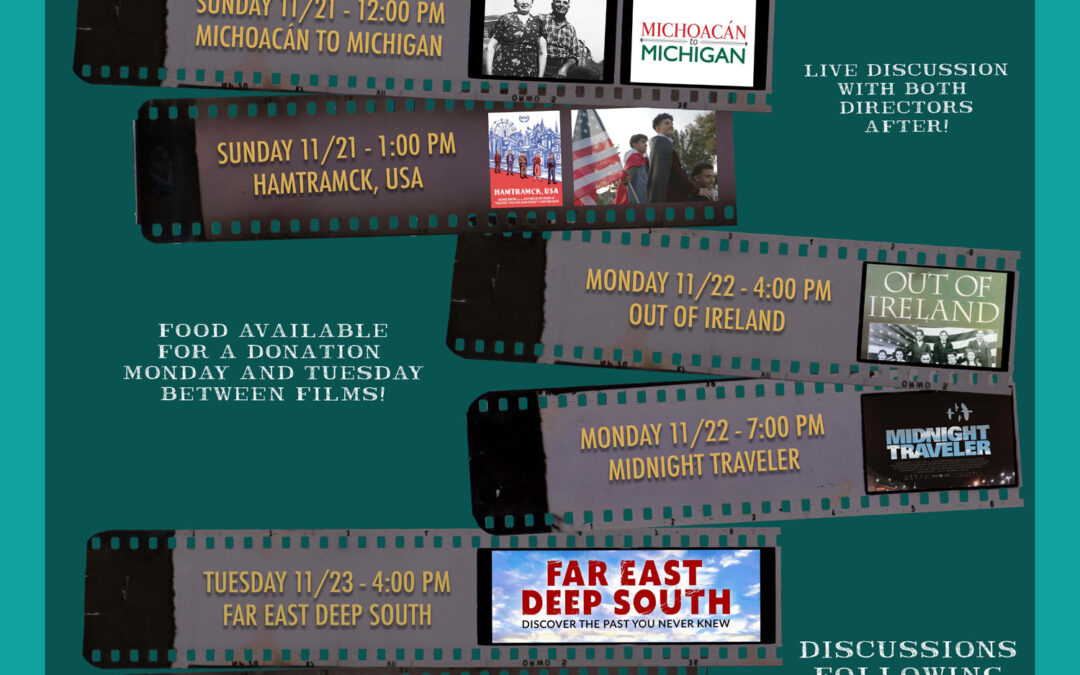 Milford’s first ever film festival arrives just in time for Thanksgiving with fitting themes of migration and family.

“Finding Home” will unfold with seven films over the course of four days at the Milford Independent Cinema.

“Human migration is the story of people moving away from home,” Isaac Perry, secretary for the non-profit Huron Valley Film Organization, said. “They move to escape harsh conditions, to seek new opportunities, to explore unfamiliar worlds, and always to find new homes for themselves and their families. That’s the Thanksgiving story, too.”

The festival kicks off Nov. 21 with two films, “Michoacán to Michigan” at noon; and “Hamtramck, USA” at 1 p.m.; followed by discussion with the directors of the films, both of whom have deeply personal migration stories.

Retired Huron Valley Schools teacher Len Radjewski directed “Michoacán to Michigan,” a 45-minute documentary of his maternal grandparents’ 1919 journey to Michigan as they fled their native country during the violent Mexican Revolution. The Fragas crossed the border with two young children. Nine more children and a life as sharecroppers in the Thumb area followed until Valeriano Fraga purchased his first farm at age 60.

“It was a whole new land and language and all those challenges and struggles,” Radjewski said. “It’s one family’s journey to make a better life for themselves. It resonates with Mexican-American families but also resonates with many immigrants’ stories.”

Radjewski, who taught video production classes at Milford and Lakeland high schools for two decades, started making the film in 1990. The film includes footage that two of his uncles and a cousin had recorded of the grandparents telling their story firsthand.

Nearly 20 years later and more than a decade after Radjewski’s retirement, he reworked the film to address some legal aspects. The new “Michoacan to Michigan” film sold out when it premiered in October 2019 at the Detroit Institute of Arts.

“These stories are American stories,” Radjewski said. “My grandparents and our family have been over here more than 100 years. We are proud and want to keep our heritage alive.We are healthcare workers and teachers, and we’re reflective of America.”