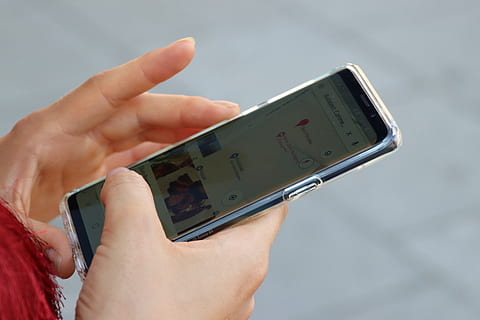 For many people, an app malfunctioning is scarcely more than an annoyance. But for a Honduran immigrant living in Pennsylvania, a recent glitch elicited fears about the worst-case scenario: that it could hurt her chances of staying in America.

As her case works its way through immigration court, the woman, who asked to remain anonymous for fear of negative consequences for speaking with the media, has been required by immigration officials to check in weekly on a smartphone app owned by a subsidiary of the massive private-prison company GEO Group. When she opened it up to diligently take and send a selfie on the designated day, the picture wouldn’t deliver. The app was malfunctioning. And she was terrified.

“That whole day, you can’t imagine how I was feeling,” she said in Spanish. She worried officials would incorrectly assume she was dodging them. “If they come knocking on the door, what will I say, what will I do?”

Immigration and Customs Enforcement is in the midst of a grand experiment, vastly increasing the number of immigrants it monitors during conditional release, mostly through the use of a smartphone-based application called SmartLINK.

In less than three years, ICE has vastly expanded use of the app from fewer than 6,000 people in September 2019, according to data kept by TRAC, Syracuse University, to more than 230,000 as of June 20, ICE data shows. That’s more than 80 percent of the nearly 280,000 people on monitored conditional release, which ICE calls the Alternatives to Detention program. Many of the others are on ankle monitors.