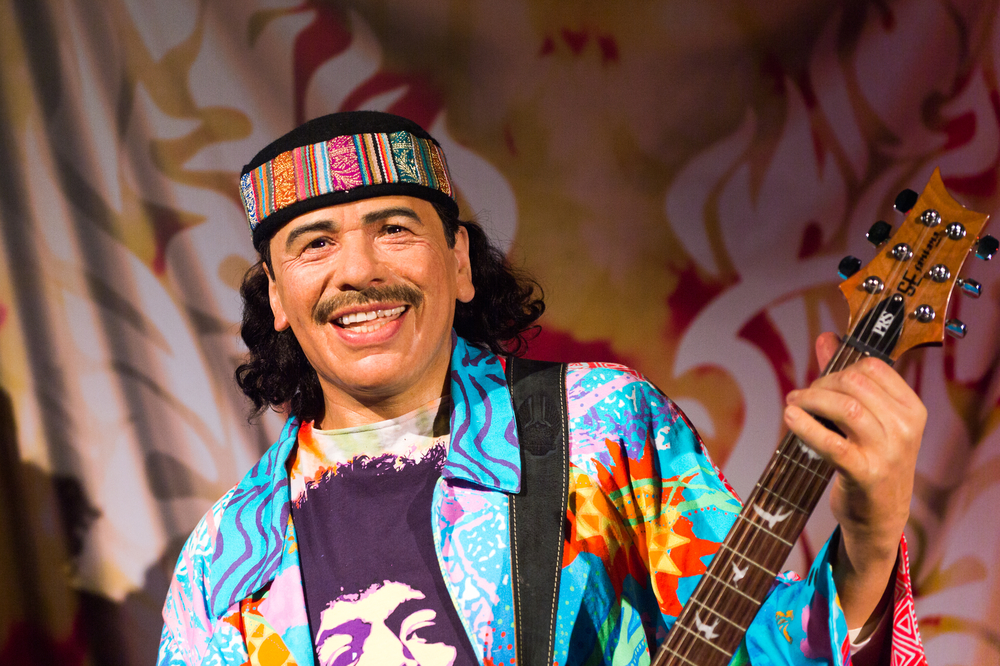 Artist/Musician Michael Rios is best known for his artwork and visual collaboration with Carlos Santana on the multi Grammy winning CD Supernatural.

HOLLYWOOD (Herald de Paris) — I had an opportunity to visit him in his studio lined wall to wall with breathtaking art in various forms alive with vibe and full spectrum colors. A roomful of Rios, mystical and magical energy.

Mike is a native of Oakland, California. While in his sophomore year at Oakland’s Fremont High School, Michael’s artistic talents caught the attention of his teachers, and he received a scholarship to the prestigious San Francisco Academy of Art College, which he attended from 1964 to 1966.

Upon graduation from the Academy, Michael worked as an illustrator for the famous San Francisco men’s clothier, Roos Atkins. Rios then opened his own commercial art and graphics studio in North Beach. He also created children’s books, billboards, paint ads and other elite level commercial art. Mike became a major up and comer in San Francisco’s advertising community. Michael soon became a creative partner in Union Street’s “Winston, Rios & Brown”.

Mike did not consider himself a Latino artist, just an artist with a vision.

He was making a name for himself on the San Francisco advertising scene, at the same time admiring the work of psychedelic poster artists popping up around the city. After a few years, Rios became tired of working for “squares in a square business.”

He flew to Europe with the idea of landing a hipper job and moving his young family there. One day, while walking through Paris, he decided that he would simply start over and threw his portfolio in the trash.

“I wanted to be in the company of artists doing heartfelt stuff. I thought, ‘I don’t want to grow up so fast,’ ” said Rios, who is now 71.

Mike worked with acrylics to watercolors, while concurrently studied music with local Latin Music legends while playing with several bands. Rios created some of the first large murals that made the Mission District famous and his effort to “beautify the place I live in” brought him national attention.