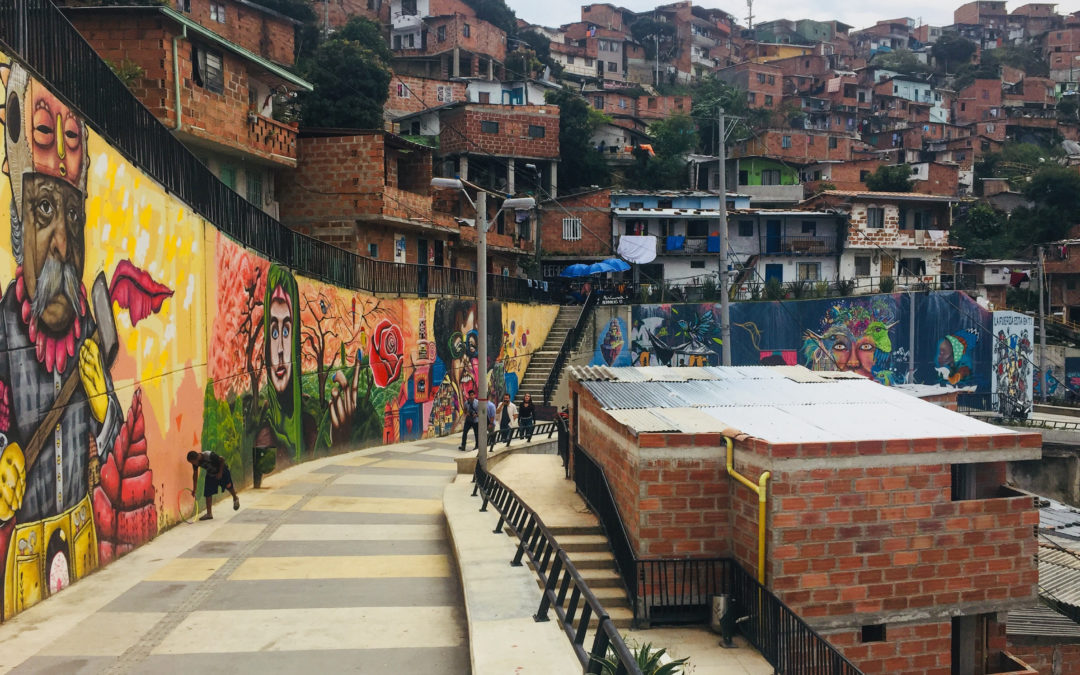 Artists of the streets are reclaiming their public spaces. While in the past, South American dictators would lock you up for painting on public facades, today governments of countries like Argentina and Colombia are commissioning street artists to add color and some needed inspiration to local neighborhoods. This need is especially true for larger cities where buildings are often made of cement, and therefore grey and drab in color.

Street art, originally defined as visual art in public locations that’s unsanctioned, includes spray paint graffiti, stencil graffiti, and street installations. These days, however, it has gotten so popular that business proprietors and homeowners actually hire artists to liven up their walls. Though street artists are generally welcome by the public and accepted by police, graffiti in prohibited spaces stills draws criticism and in some cases even jail time.

While a street artist’s motivation can vary from the pure creative to an adrenalized ego, Latin America’s artists are for the most part conscious of the neighborhood they’re working in. The global fame of the anonymous street artist Banksy is also inspiring many young Latin Americans to pick up their first spray can, and Latino street artists have also had creative influences dating back to 1920s Mexico.

Much of the elegant street art we see today across Latin America has been inspired by the work of politically powerful muralists such as David Alfaro Siqueiros, José Clemente Orozco and Diego Rivera. These artists were conscious of the power of using public space for depicting their country’s history and struggles directly to the people and not in privileged spaces like galleries or museums. Here are a few global hot spots for street art and the big names in their art scenes.

Leading the trail of politically conscious street artists is none other than a Colombian American whose family fled violence in Bogotá, only to find that the U.S. is just as caustic. Her name is Jessica Sabogal and her street art is making white supremacists quiet uncomfortable with her murals. The San Francisco based artist has made an international name for herself painting 65 feet high murals with messages against misogyny and racism across the United States. She has become so hot, in fact, that the Democratic Party commissioned her to paint a mural in favor of immigrants.