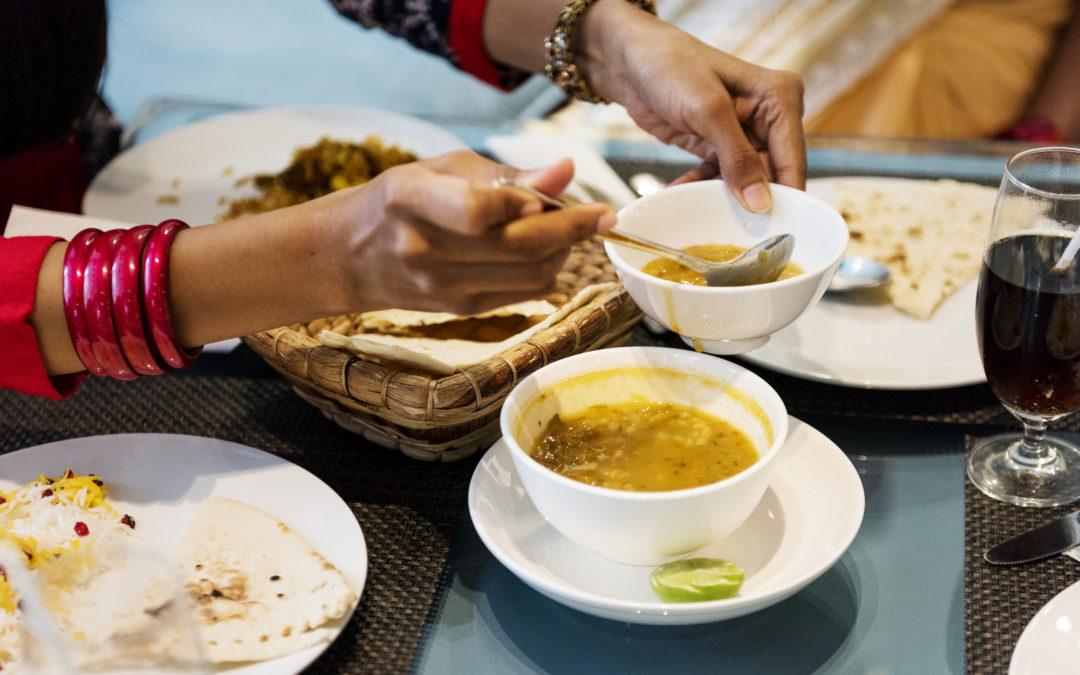 “La Cocina” means “the kitchen” in Spanish. It’s also the name of a business incubator based in San Francisco’s Mission District. Since it began in 2005, it’s been helping local food entrepreneurs, many of whom are low-income immigrant women, develop their small businesses.

Over the years, many of its alumni have found success: More than 50 chefs in its program have become self-sufficient business owners, and many of them have opened their own brick-and-mortar restaurants. Two alumnae of its culinary program, Nite Yun and Reem Assil, were even recognized as semi-finalists for prestigious James Beard awards.

A new cookbook, We are La Cocina: Recipes in Pursuit of the American Dream, tells some of their stories.

Executive director Caleb Zigas says the non-profit La Cocina grew out of two grassroots economic development organization who found many people cooking at their homes and selling food on the streets. The vendors needed an affordable commercial kitchen space and technical assistance in order for their businesses to be legally viable. La Cocina provided just such a space, in addition to helping them develop business plans, pull city permits and more.

Zigas says as many as eight businesses can work in the kitchen space at La Cocina at any one time. Some can prep for a farmer’s market sale, corporate catering gigs or weddings, while others might be making and packaging their food products.

“It’s just an incredible and exciting range of techniques, flavors, perspectives, age, language. And that’s a really beautiful thing,” he says. “But I think we would be doing a disservice to reality of the space if we also didn’t talk about how tense that can be, to have that many people from different places in the world come together, certainly with a shared purpose.”

Later this year, La Cocina plans to open a marketplace in the Tenderloin District.

Twice a year, La Cocina hosts “F&B: Voices from the Kitchen,” a storytelling project where their chefs can tell their own stories, as they do in the new cookbook. Some of the chefs will be on tour to promote the book, whose proceeds will go to support La Cocina entrepreneurs.