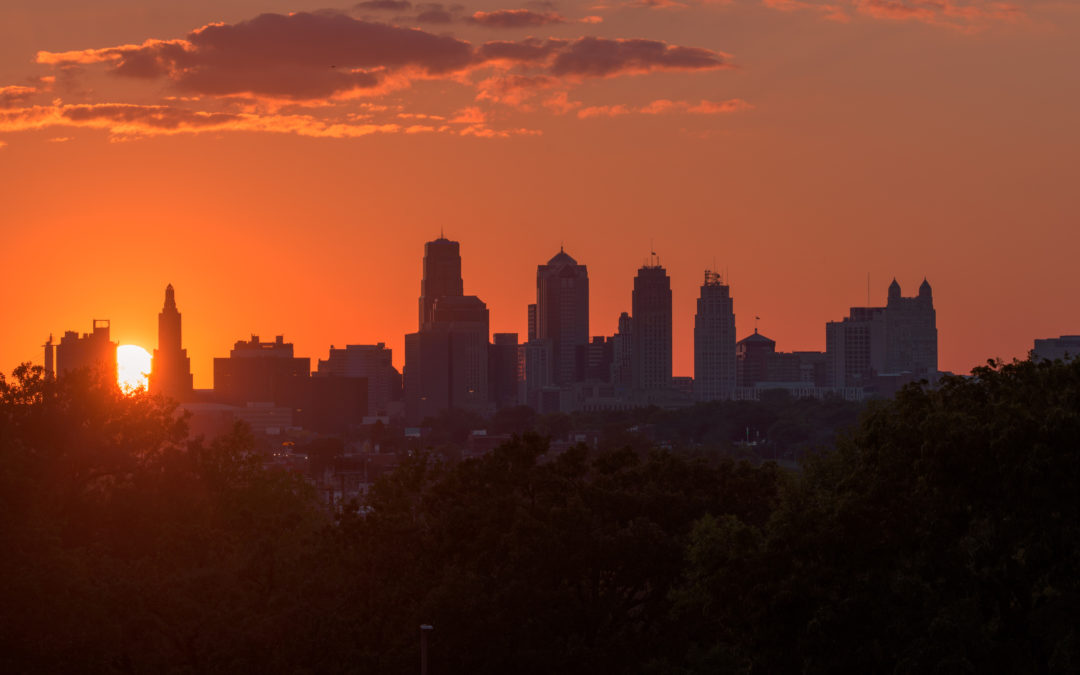 For Kansas City artist Emily Alvarez, painting images of people like her and her family helps establish their place in society.

Alvarez’s works are on display in several public spaces, such as the Aquatic Center locker room for the Girl Scouts of NE Kansas and NW Missouri and another two at Bridge Space, a coworking space in Lee’s Summit.

The mural she’s painting now in Overland Park represents agricultural workers. In it, two women with brown skin work the fields; one woman looks up, her yellow hat shielding her from the sun. The second looks down, her head wrapped in a yellow scarf.

The daughter of immigrants from the Dominican Republic and Cuba, Alvarez is one of the few Latinx muralists in Kansas City, and her work is personal to her.

“At every opportunity I get, I try to elevate them and represent them and let them be seen,” she told Flatland. By “them” she means Hispanic and Latinx people.

Too often though, many Latinos don’t feel seen. Isaac Tapia, an artist from Kansas City who works out of his studio space at InterUrban ArtHouse, had one word to express how he felt about not feeling represented.

This is why, during a First Fridays bash at Mattie Rhodes in May, Tapia scribbled a note to curious KC:

“Why aren’t there more Latinx murals in Kansas City?”

The Flatland team reached out to historians, cultural directors, curators, sociologists and artists, many of whom identify as Hispanic or Latinx. (Hispanic refers to people from Spanish-speaking countries. “Latinx” is a gender-neutral word for people from Latin America or of Latin American descent.)

Their answers show what is lacking: publicity, resources and perspective. But it also shows artists willing to take up the palette for the next generation.