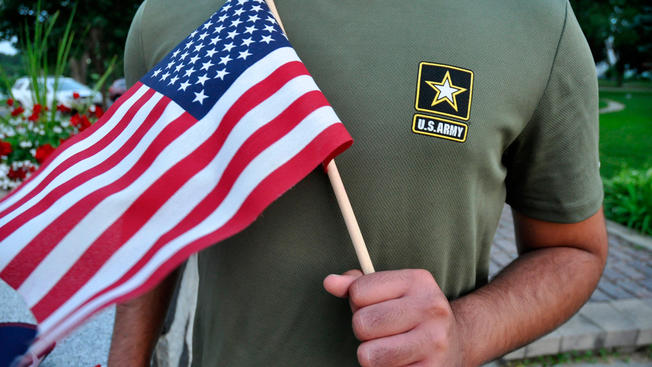 Immigration Policy: The disclosure comes one month after it was reported that dozens of immigrant enlistees were being discharged or had their contracts cancelled

By Martha Mendoza and Garance Burke

The U.S. Army has stopped discharging immigrant recruits who enlisted seeking a path to citizenship — at least temporarily.

A memo shared with The Associated Press on Wednesday and dated July 20 spells out orders to high-ranking Army officials to stop processing discharges of men and women who enlisted in the special immigrant program, effective immediately.

It was not clear how many recruits were impacted by the action, and the Pentagon did not immediately respond to requests for comment about the memo.

“Effective immediately, you will suspend processing of all involuntary separation actions,” read the memo signed by Acting Assistant Secretary of the Army for Manpower and Reserve Affairs Marshall Williams.

The disclosure comes one month after the AP reported that dozens of immigrant enlistees were being discharged or had their contracts cancelled. Some said they were given no reason for their discharge. Others said the Army informed them they’d been labeled as security risks because they have relatives abroad or because the Defense Department had not completed background checks on them.

Early last month, the Pentagon said there had been no specific policy change and that background checks were ongoing. And in mid-July the Army reversed one discharge, for Brazilian reservist Lucas Calixto, 28, who had sued. Nonetheless, discharges of other immigrant enlistees continued. Attorneys sought to bring a class action lawsuit last week to offer protections to a broader group of reservists and recruits in the program, demanding that prior discharges be revoked and that further separations be halted.

A judge’s order references the July 20 memo, and asks the Army to clarify how it impacts the discharge status of Calixto and other plaintiffs. As part of the memo, Williams also instructed Army officials to recommend whether the military should issue further guidance related to the program.

Looking for resources to help you navigate your path to U.S Citizenship? Check out e-immigrate’s resource page by clicking here.