Immigrants are weary to fill out the 2020 Census 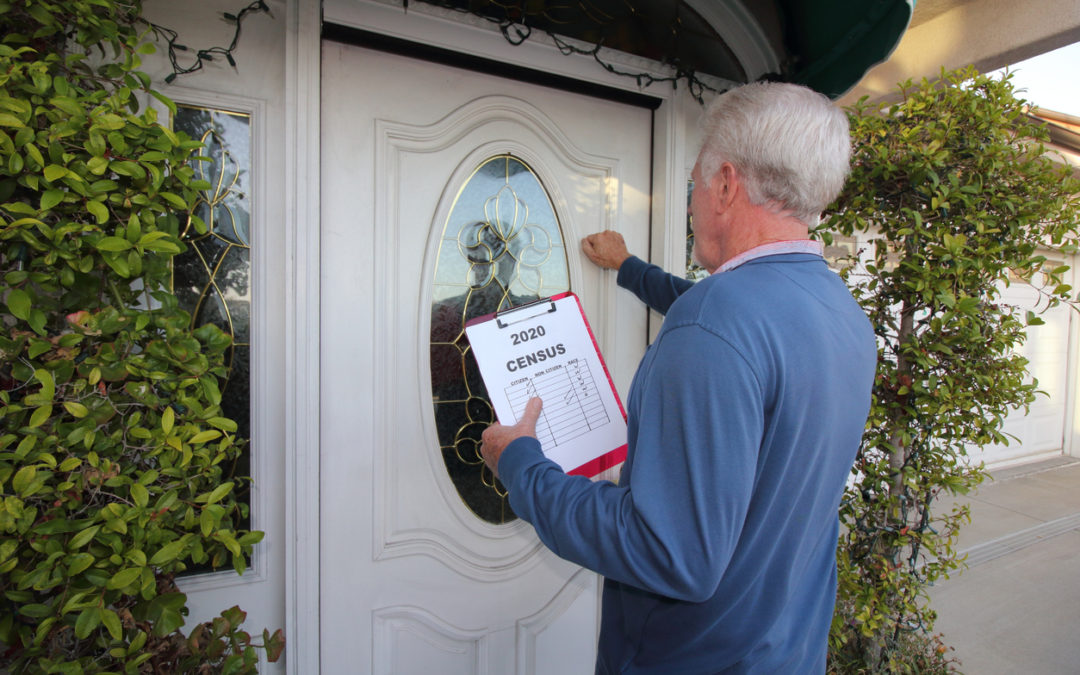 Julia Aviles-Zavala talks with Hispanic residents of Hyattsville to explain the importance of filling out the 2020 Census.

On Thursday afternoon at the Villas at Langley housing complex in Hyattsville, where women strolled with babies swaddled in the colorful fabrics of their native Guatemala, Julia Aviles-Zavala knocked on an apartment door.

Music from inside was audible, but no one answered. She knocked again, and then again. Finally, the door opened slightly and a man peered out.

“A little,” the man said warily.

Aviles-Zavala launched into her practiced pitch about the decennial survey — how it is a government-mandated count of every person living in the United States, how it is important for determining federal funding and political representation, how it is confidential and private and safe, even for immigrants.

That last part is key. The run-up to the 2020 Census — April 1 is officially Census Day — has been fraught with political and legal turmoil after the Trump administration tried to add a citizenship question to the survey. The effort was ultimately blocked by the Supreme Court.

Opponents of the question accused the government of trying to scare immigrant communities from responding, thus reducing their political power and funding streams. And even though the question won’t be on the form, advocates say the publicity around it, along with what they see as the administration’s anti-immigrant policies and rhetoric, magnified fears about sharing personal information and set back efforts to get people in immigrant communities — already a hard-to-count group — to fill it out.