Immigrant workers, allies embark on nine-day march to Madison to call for immigration reform in Wisconsin and nationally 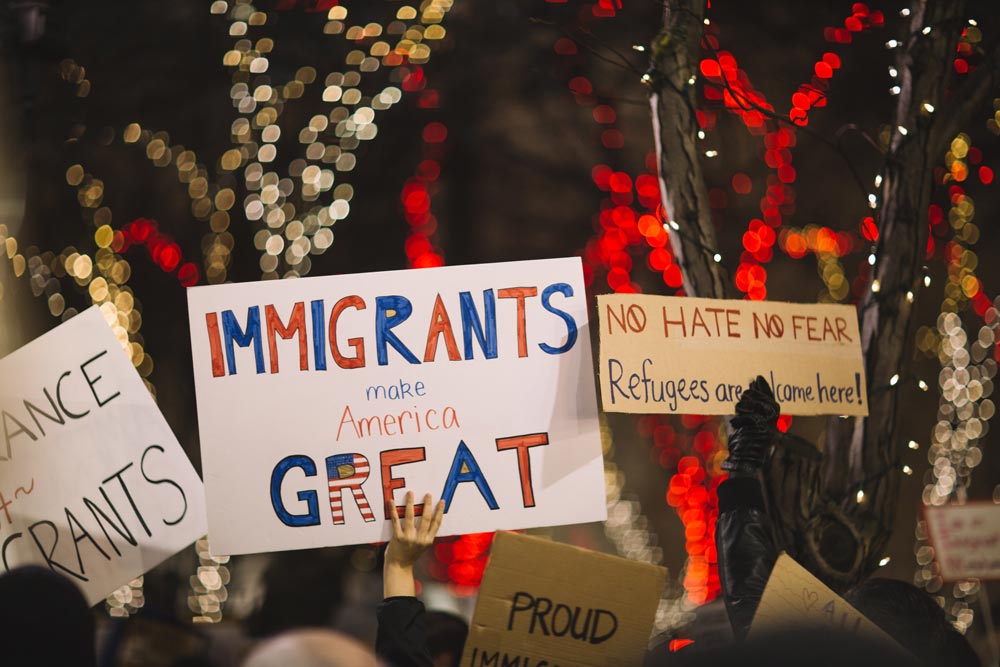 A large caravan of protesters were sent off to Madison to the roaring sounds of Colombian drums and chants of “si se puede” (yes we can)in front of Voces de la Frontera’s Milwaukee office Sunday.

Over the course of nine days, a core group of eight to 10 marchers affiliated with Voces de la Frontera is marching from Milwaukee to Madison to pressure the Biden administration to add a pathway to citizenship in the American Jobs Plan, a $1.9 trillion infrastructure proposal, and the state legislature to allow undocumented immigrants to get driver’s licenses.

On the last day of the march, June 28, marchers and other protesters plan to hold a rally at Olbrich Park in Madison before marching to the Capitol.

Voces de la Frontera is encouraging essential immigrant workers to take time off work and take one of their buses to Madison to show the economic value and humanity of immigrants.

One of the marchers in the core group is Guadalupe Romero, an immigrant from Mexico who works in fast food and has been in the United States for 31 years — 10 years in Chicago and 21 in Milwaukee.

“I have felt fearful being here without documentation … I have the honor to march, to stand before the government so that they concentrate on the things that deny us immigration reform,” Romero said. She spoke in Spanish; her words were translated by the Journal Sentinel.