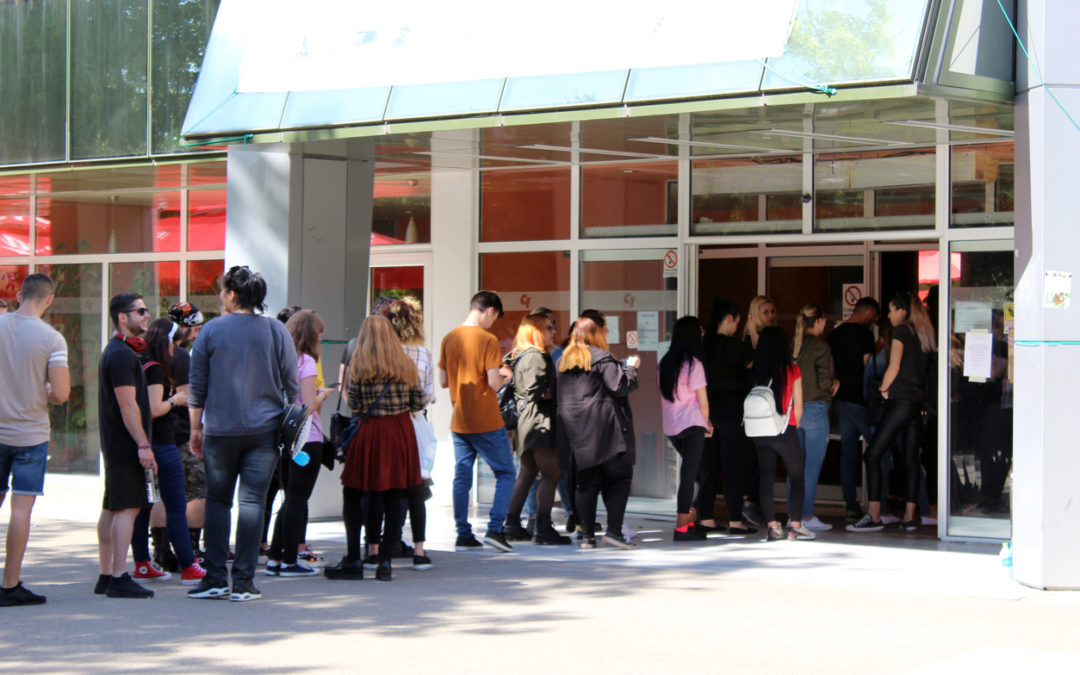 LUMPKIN, Ga. (AP) — In a locked, guarded courtroom in a compound surrounded by razor wire, Immigration Judge Jerome Rothschild waits — and stalls. A Spanish interpreter is running late because of a flat tire. Rothschild tells the five immigrants before him that he’ll take a break before the proceedings even start. His hope: to delay just long enough so these immigrants won’t have to sit by, uncomprehendingly, as their futures are decided.

“We are, untypically, without an interpreter,” Rothschild tells a lawyer who enters the courtroom at the Stewart Detention Center after driving down from Atlanta, about 140 miles away.

In its disorder, this is, in fact, a typical day in the chaotic, crowded and confusing U.S. immigration court system of which Rothschild’s courtroom is just one small outpost.

Shrouded in secrecy, the immigration courts run by the U.S. Department of Justice have been dysfunctional for years and have only gotten worse. A surge in the arrival of asylum seekers and the Trump administration’s crackdown on the Southwest border and illegal immigration have pushed more people into deportation proceedings, swelling the court’s docket to 1 million cases.

“And in every instance, the system doesn’t change on a dime, because you can’t turn the Titanic around.”