How could the mass migration of Haitians to the U.S. border have been a surprise? 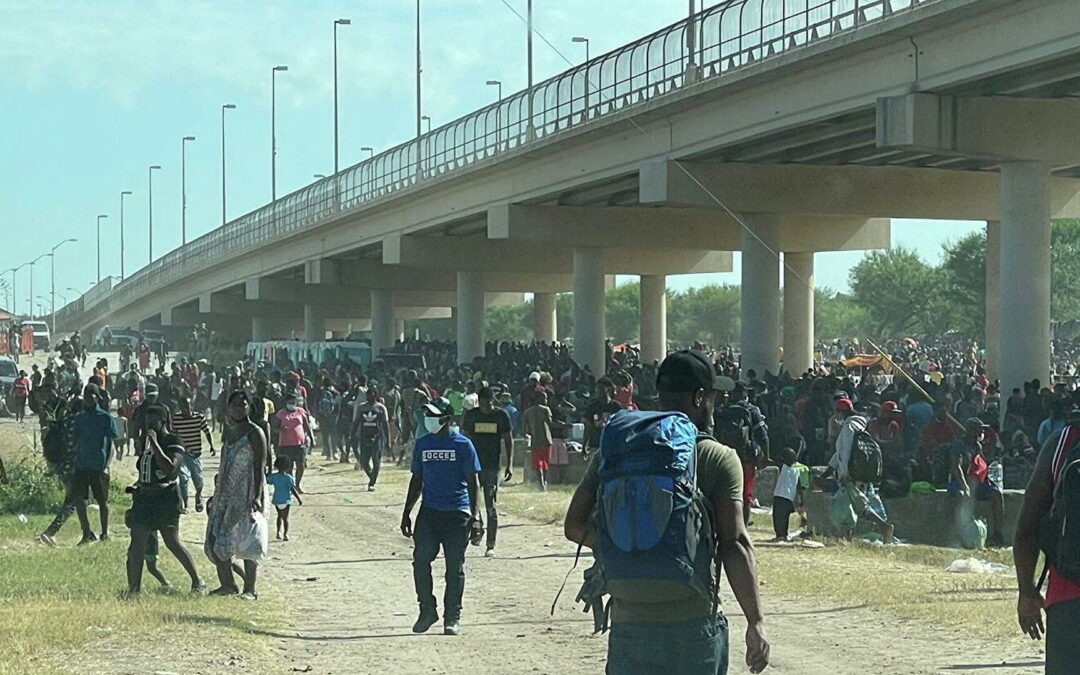 Some say their arrival seemed more like a coordinated effort to ease the overwhelming number of migrants stuck at Mexico’s southern border.

The mass migration of more than 15,000 Haitians up through Central America to the Texas border was the result of a well-organized effort by human smuggling organizations facilitated through social media, and by Mexican authorities who either looked the other way or were simply overwhelmed, according to multiple sources, including U.S. and Mexican government officials.

The Dallas Morning News interviewed more than a dozen highly placed officials on both sides of the border, former officials from both countries, longtime experts on U.S.-Mexico security, human rights advocates and Haitians who traveled from the southernmost state of Chiapas to Monterrey in northern Mexico.

Many of those interviewed questioned whether the arrival of thousands of migrants in Del Rio was really a surprise. Some said their arrival seemed more like a coordinated effort to ease the overwhelming number of migrants stuck at Mexico’s southern border.

Smugglers used more than 200 buses, trucks, taxis and even a ferry to move Haitians in Mexico up to the Texas border. The numbers skyrocketed on days that coincided with Mexico’s biggest national holiday — Independence Day.

“Such a complex operation on a grand scale that we all saw didn’t happen by chance,” said Tonatiuh Guillén, who served as the commissioner of the Instituto Nacional de Migración, or Mexico’s immigration chief, under President Andrés Manuel López Obrador until 2019. “You’re talking 200, 250, maybe more buses. You can’t do that without having an organized structure. I don’t know whether the authorities were indifferent, just didn’t care or just looked the other way.”

“It’s hard to see how this operation happened without authorities knowing about it, or being caught off guard,” he added. “That to me is obvious.”

In the southernmost Mexican state of Chiapas, veteran immigrant rights advocate Ruben Figueroa and others documented parts of the journey of the Haitians on video. The movement, Figueroa said, “appeared strange as days before migrants hadn’t been allowed to board buses, or even move beyond the city of Tapachula,” he said, referring to the city on the Mexican border with Guatemala, and “suddenly everyone is leaving, and in mass numbers. This just doesn’t happen without the complicity of government authorities.”