Hindu nationalism in India ratchets up tensions among immigrants in the U.S. 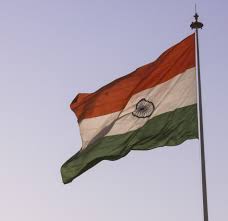 They bought Indian food from booths and settled on the grass to watch traditional song and dance performances. The holiday had special significance this year: Aug. 15 was the 75th anniversary of the end of British rule.

Then, about a dozen people, most of whom were Indian American, marched silently past the crowd, carrying signs that read “Abolish caste” and “Protect India’s Muslim lives.”

A few men from the independence celebration charged at the protesters, grabbing the signs, breaking them and throwing them into trash cans. Some shouted obscenities in Hindi-Urdu. They called the protesters “stupid Muslims” and yelled at them to “get out of here.”

Through a microphone, an announcer led a chant: “Bharat Mata ki jai” — “Victory for Mother India.”

“We are Indian,” Rita Kaur, a protester who is Sikh and was born and raised in Southern California, said later. “We are simply speaking for Indians who are harmed relentlessly.”

For many of the majority Hindu religion, the day represents the end of colonialism and the birth of India as an independent nation that became the world’s largest democracy.

For many Muslims and other minorities, it represents the bloody partition of the former British colony into India and Pakistan and the persecution of non-Hindus and lower castes.

Since Narendra Modi became prime minister of India in 2014, his naked appeals to patriotism and his party’s frequent scapegoating of minorities, especially Muslims, have resonated with some who believe he has made the country stronger and safer. Meanwhile, religious minorities, especially Muslims, have faced mob attacks from Hindu vigilante groups.