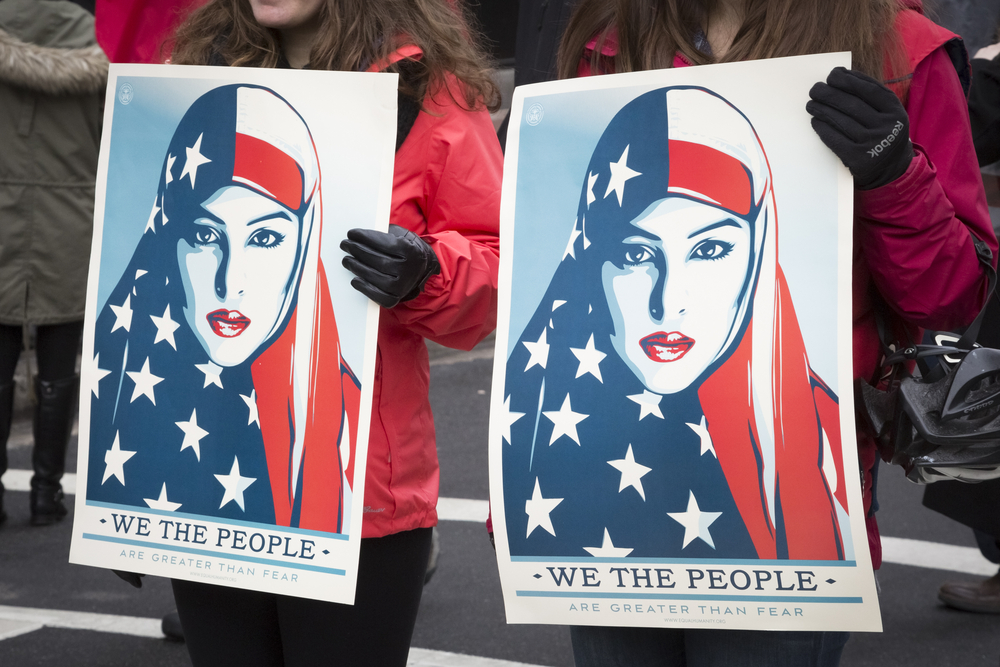 When certain customers picked up their prescription from Hala Choudhary, their eyes glanced over her starched white lab coat, scanned past her diamond lip piercing and slightly tan skin, and focused in on her hijab: double-layered and worn gypsy-style, which gave her both a non-conformist and foreign air.

This woman was a certain customer.

She was white; with expensive, unadorned athleisure clothes, nails tipped with a French manicure, and soft skin.

The customer, Kiley, entered the San Jose, CA, Target pharmacy past closing, already irate Hala wouldn’t stay open late for her when she called on the phone. Earlier that year, Trump had announced his presidential bid.

As soon as she got to the counter, Kiley exploded. “You know what honey, there are some people in this world who don’t believe in the same God as us, don’t have the same values as us, and don’t treat people the same way,” she said to her young son.

“Are you really going to be racist like that?” Hala asked.

At this point, there were several things Hala could have said.

Excuse you, I don’t speak gibberish.

Allahu Baba (or rather Akbar) is not some kind of spell Muslims cast under their breath. It’s the start of the moment of greatest peace — the call to prayer.

Instead, she said nothing at all.

Refusing to instigate further, Hala rang up the purchase. As soon as the customer left, she shut the gate and began to cry.

This was not the first encounter Hala had with prejudice, but it was the most vicious. Working in healthcare for nearly a decade, she had an idea why.

“Certain people think their healthcare provider should be educated and capable of taking care of their health, probably someone who is white,” Hala said. “It’s such a delicate relationship. You are divulging your protected, private information and there are just some people who don’t want that person to be non-white.”

As a first-generation Muslim-Pakistani American who wore her faith so publicly, Hala didn’t fit the bill. She fit the ban.

Two years later, scarred by the start of what would be a relentless string of anti-Muslim incidents, Hala took off her hijab. She had been wearing it for 21 years.