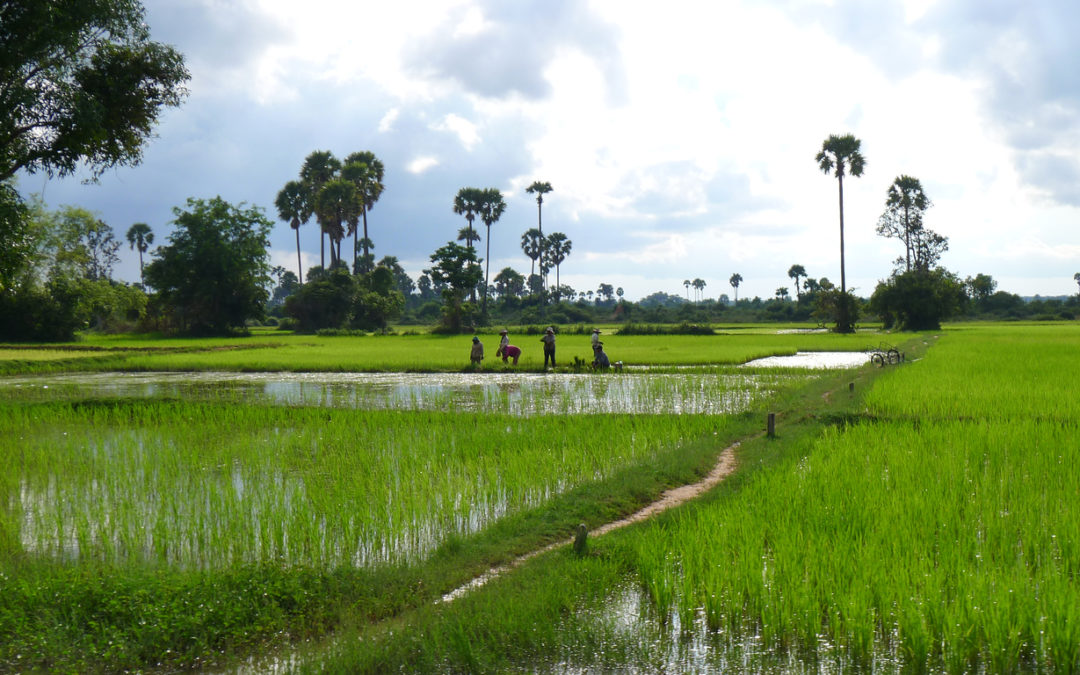 Among the narratives in the relatively short history of Cambodians in the United States, the survival story of escaping autogenocide and starting anew in a foreign country pervades. The Khmer Rouge’s invasion of Cambodia in 1975 forced most citizens into labor camps and led masses to flee once the camps were dismantled. Survival stories have served as a form of healing for Cambodian Americans and as a cathartic way of coming to terms with their wrought past.

Until recently, the narrative paradigm for most Cambodian stories in film begins in blissful, pre-Khmer Rouge Cambodia and concludes with the flight of refugees to another country. However, a new crop of Cambodian films have begun moving beyond a focus on trauma to the survival of day-to-day anguish experienced within the Cambodian community in contemporary U.S. society. Three films, in particular – Samnang (2012), Paulina (2012) and A River Changes Course (2013) – illuminate the deeply-held yearning for normalcy and battle for self-preservation that follow the experience of trauma after immigration to a foreign country. Today, new approaches at storytelling are emerging as the 1.5 generation of Cambodians (or Khmers) in America moves into adulthood.

The term “one-and-a-half-generation” was first coined in the 1970s by sociologist Rubén Rumbaut to describe Cuban immigrant youths who came of age in America. Similarly, the 1.5 generation of Khmers in the United States today are those adults who were born in Cambodia during or shortly after the fall of the Khmer Rouge, or in Thai refugee camps after their parents fled their homeland.

With roots in Cambodia and present lives in America, 1.5-ers often feel that neither country completely defines their cultural identity. From the understated yet poignant depictions of solitary immigrant life by writer Vanara Taing in Samnang, to the portrayal of gambling addiction and post-traumatic stress disorder in Caylee So’s Paulina or the dire presentation of Cambodia’s ecological predicament in Kalyanee Mam’s A River Changes Course, 1.5 generation filmmakers’ contemporary stories move beyond their predecessors’ traumatic narratives of war, autogenocide and dislocation toward new ways of formulating questions around issues of culture and historical identity.

During the four years of authoritarian reign by the Khmer Rouge’s leader Pol Pot, close to 2 million people were killed by the regime. After the Vietnamese army overthrew the Khmer Rouge in 1979, nearly 200,000 Cambodians fled to refugee camps in Thailand where they awaited resettlement in various Western countries.

Cambodian refugees came to the United States in the late 1970s and early 1980s. During this period came the film that introduced the Khmer Rouge occupation of Cambodia to international audiences: The Killing Fields (1984). The film, directed by Roland Joffe, follows the relationship between an American journalist and a Khmer photographer as it develops during the occupation of Phnom Penh. Dr. Haing Ngor, himself a survivor from the fall of Phnom Penh, played the photographer Dith Pran in the film and went on to release a memoir that became one of the earliest first-person accounts of the Khmer genocide to be written by a Cambodian.