Communities Form as Thousands Wait Entry on Mexican Side 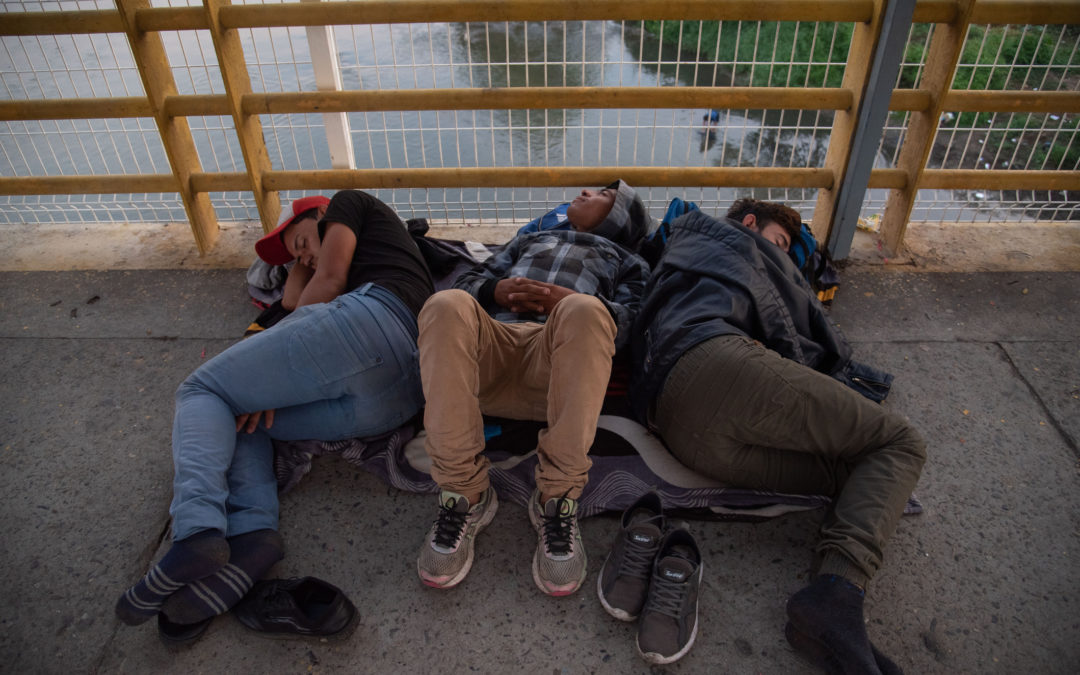 Thousands of asylum-seekers from Central America, Cuba and elsewhere have massed in Mexican border cities, waiting and hoping to be granted legal entry to the United States. They have created a humanitarian crisis, and they’re growing impatient.

Responding to that crisis, the Trump administration threatened last week to impose tariffs to pressure Mexico to block the streams of migrants who are crossing its southern border bound for the United States.

In a tweet, President Trump warned that the U.S. would begin imposing a tariff on June 10, “until such time as illegal migrants coming through Mexico, and into our Country, STOP.” If the problem is not “remedied,” the president warned, the tariff would go up 5% each month, reaching a cap of 25%.

In early May, according to estimates compiled by the Associated Press, there were approximately 13,000 migrants waiting in Mexico to apply for asylum.

The old bridge and the new bridge

In Matamoros, Mexico, across the border from Brownsville, Texas, about 1,500 migrants have created their own makeshift communities as they wait. There are two bridges — the old bridge and the new bridge — connecting Matamoros to Brownsville. Migrants can cross those bridges — legally — and request humanitarian protection from U.S. authorities.

Since last year, federal agents have been stationed in the middle of the bridges. They’re posted a few feet inside the United States — like stern doormen at an exclusive Manhattan nightclub. Only here the stakes are higher.

Their job is to limit the number of asylum seekers who get to cross. Customs and Border Protection says it doesn’t have enough room or personnel to process but a few migrants a day, if any.

So the applicants take a number, and wait in Mexico.

One day last week, at the top of the list was 24-year-old Kimberly Lopez, who said she was fleeing marauding gangs in Honduras.