Checkpoints Feel the Strain as Migrants Cross into the U.S. 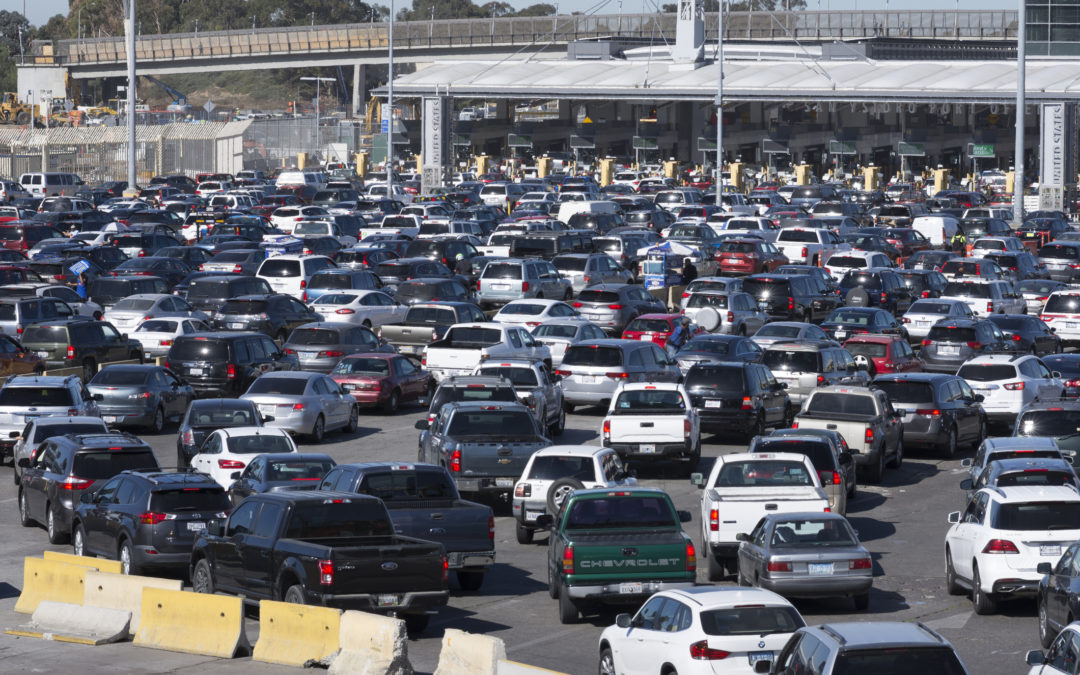 The surge of Central American migrants crossing into the U.S. isn’t just taxing border agents and the nation’s immigration system — it’s straining interior checkpoints like one on Highway 281 in Texas.

An hour’s drive north of the U.S.-Mexico border, the new and expanded Falfurrias checkpoint is on a major route for traffickers shepherding people or drugs north.

“They’re making a run at us every day,” says Border Patrol agent Tom Slowinski, who’s in charge here. “No other checkpoint anywhere on the Southwest border catches more alien smuggling cases than this checkpoint right here.”

But that mission is being stretched by what’s happening at the border, says Slowinski. He has spent 34 years with the Border Patrol. He has seen it all: migrants crammed into trunks and drugs hidden in hollowed-out car batteries or dolls.

But he’s not sure he has seen this much strain on staffing and resources.

Falfurrias is one of 34 permanent inland checkpoints near the Southern border, and several have been closed or left short staffed as agents are shifted to the border to process the influx of migrants.

More than 144,000 migrants — many of them Central American families fleeing poverty and violence — were taken into custody after crossing the border last month. The situation has bedeviled the Trump administration, which hopes an agreement recently struck with the Mexican government will start to stem the flow of asylum-seekers.

Slowinski wouldn’t release his checkpoint’s staffing numbers, citing security, but said Falfurrias has had to give up personnel to help out at migrant intake and processing stations to the south.

Continue reading on the sources site by clicking here.