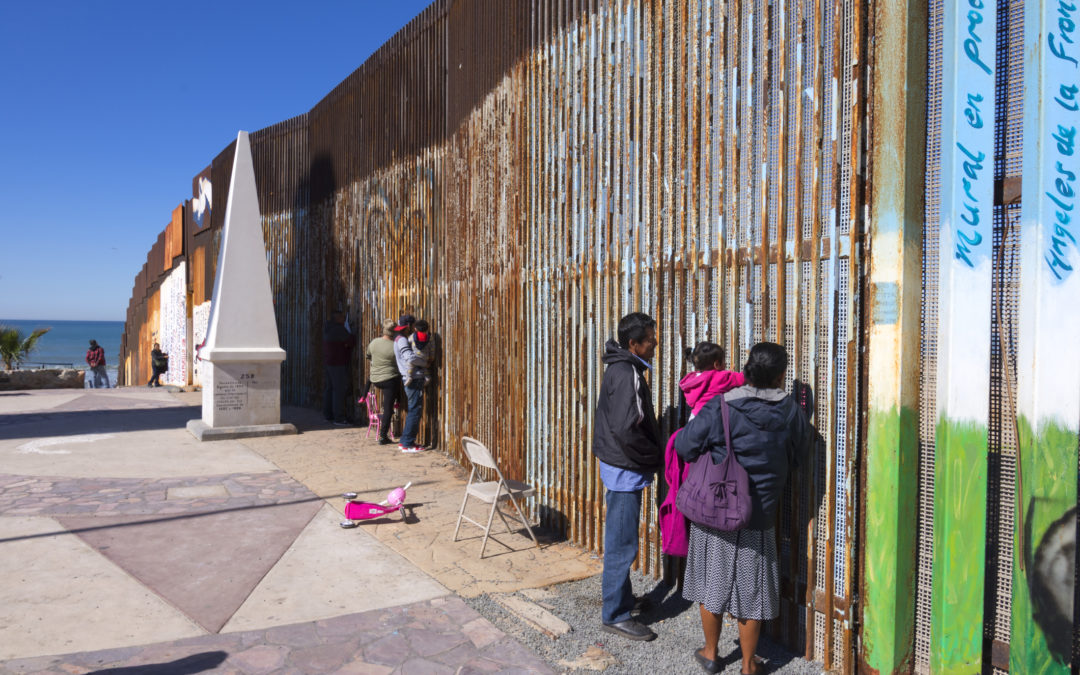 Overcrowded and sometimes inhumane conditions in detention centers for immigrant families seeking asylum in the U.S. are an affront to human dignity that demands Catholics “step up” to help beyond the “bare minimum,” Missionary of Jesus Sister Norma Pimentel, the best-known face of the church’s work with immigrants at the U.S.-Mexico border, said in an emotional talk at Our Lady of Angels Church in Burlingame.

“I don’t understand how we as a nation can allow that,” said Sister Pimentel, who is executive director of Catholic Charities of the Rio Grande Valley and a founder of the agency’s Humanitarian Respite Center in McAllen, Texas. “I don’t blame the Border Patrol; they are doing their job and are forced to keep them there. I blame us. Why aren’t we speaking up to make sure life is respected and treated with dignity? It is our responsibility.”

The people coming to the border are not criminals but are victims of crime, in many cases victimized by the cartels that make their living from U.S. drug consumption, Sister Pimentel said. The choice to flee is a painful one made to protect children and give them a better life. Were the audience in their shoes, she said, “We would do the same to save our children.”

Sister Pimentel has been praised by Pope Francis and has won national and international praise for the type of work that takes place at the center, which since 2014 has served more than 100,000 immigrants as a way station for those who have been released from custody by federal authorities pending their appearance at immigration courts.