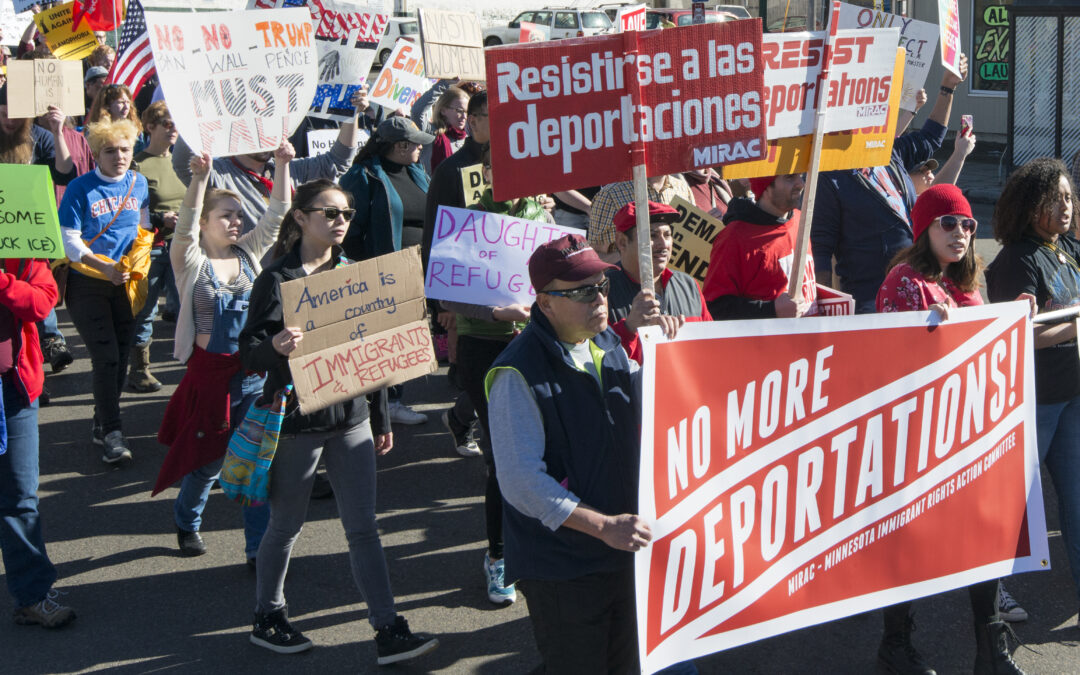 A monthly surge in migrants and a ruling against a program that protects young immigrants underscored the difficult choices the president is confronting on an issue that could shape his legacy.

President Biden came under renewed pressure on immigration Friday as the authorities said the largest number of migrants in years arrived at the border with Mexico last month and a federal judge in Texas raised legal questions about an Obama-era program that protects young immigrants from deportation.

Border officials encountered migrants nearly 6,000 times a day last month for a total of 188,829, the largest monthly number in recent history, according to data released on Friday by Customs and Border Protection. The surge is happening at the height of the hottest summer months, when the flow of people seeking entry into the United States usually abates.

In Texas, Judge Andrew S. Hanen of the U.S. District Court in Houston ruled that the program known as Deferred Action for Childhood Arrivals was unlawful, raising new questions about the fate of nearly 600,000 immigrants, often referred to as Dreamers. But in a partial victory for Mr. Biden and immigration advocates, Judge Hanen stopped short of ordering the program terminated, saying the government could not approve new applications.

The ruling adds urgency to Democratic efforts to permanently legalize DACA recipients as part of Mr. Biden’s $3.5 trillion economic recovery bill being debated in Congress. Activists have already been pressing Mr. Biden to make sure that the Dreamers and other immigrants are given a path to citizenship in the bill, though the effort could be blocked by complicated procedural rules in the Senate.

Taken together, Friday’s developments underscored the difficult and often politically fraught choices that Mr. Biden is confronting on immigration, an issue that could shape his legacy and help define the moral center of his presidency.

In recent weeks, progressive Democrats have ratcheted up their pressure on Mr. Biden to end the use of a Trump-era public health rule that suspends asylum rights in the name of protecting Americans from the coronavirus, calling it an inhumane and unnecessary pandemic-era restriction.