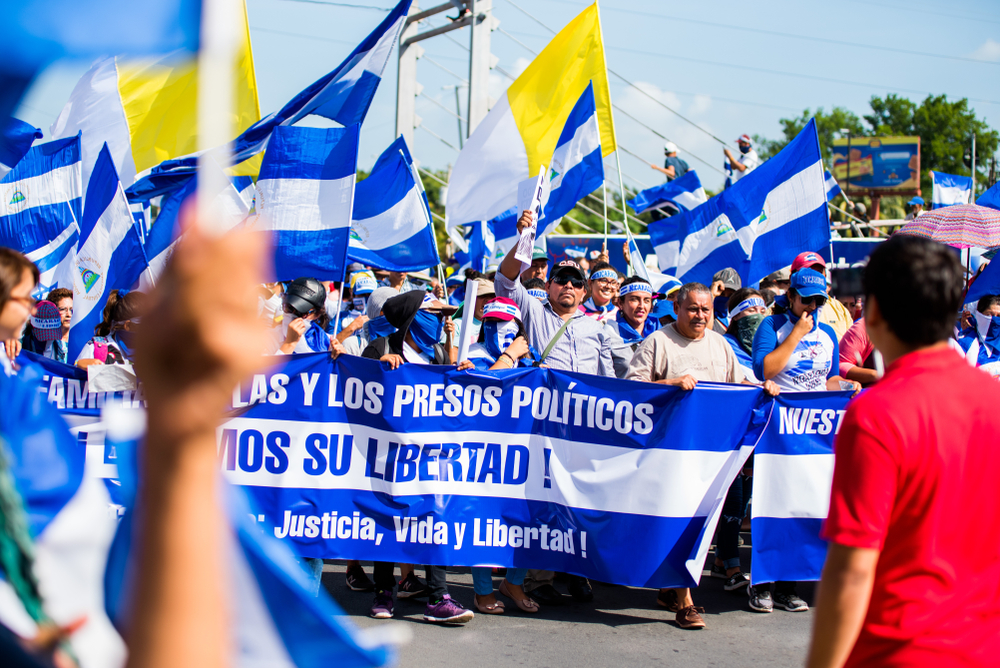 Nicaragua is in political crisis. Nicaraguans have been fighting the oppressive regime of President Daniel Ortega and his wife Rosario Murillo since April; so far 512 people have been killed according to the Nicaraguan Association for Human Rights.

Nicaraguan activists in the Bay Area, led by Bay Area-based community organizer Amy Bank, held a series of conferences Sept. 5-6, to raise awareness and call for help from the American community. Panelists included Claudia Ochoa, a young student and activist; George Henriquez, a researcher and human rights activist for Nicaragua’s Afro-Caribbean communities; and Julio Martínez Ellsberg, an activist and the grandson of whistleblower Daniel Ellsberg, who released the Pentagon Papers.

San Francisco State University hosted the Sept. 6 event in a conference room inside the Ethnic Studies and Psychology building. The panelists—starting with Henriquez and finishing with Martinez Ellsberg—went one by one and told their experiences in Nicaragua, offering a unique perspective on the current crisis.

Henriquez focused on the often overlooked narrative of Caribbean Coast Nicaraguans and their long history of oppression. “There are cultural differences between the Caribbean Coast and the Pacific Coast. Nevertheless, we are one country,” said Henriquez at the beginning of his talk. Ochoa reflected on how Ortega has suppressed freedom of expression and controlled the history taught in schools.

Martinez Ellsberg spoke about the impact of the youth, the students and social media in protesting Ortega. “Some of these students are in jail, these are friends that were part of the march about two weeks ago, and because their faces have already been in tables like these, denouncing the government … They were picked up, nobody knew where they were, except when we heard that they were in jail.”

It isn’t the first time the Central American country has fought a repressive dictatorship. Four decades ago, the Nicaraguan people—organized by the Sandinista National Liberation Front—overthrew the authoritarian government of Anastasio Somoza Debayle, starting the Sandinista Revolution.

Continue reading about the political crisis in Nicaragua on the source site by clicking here.