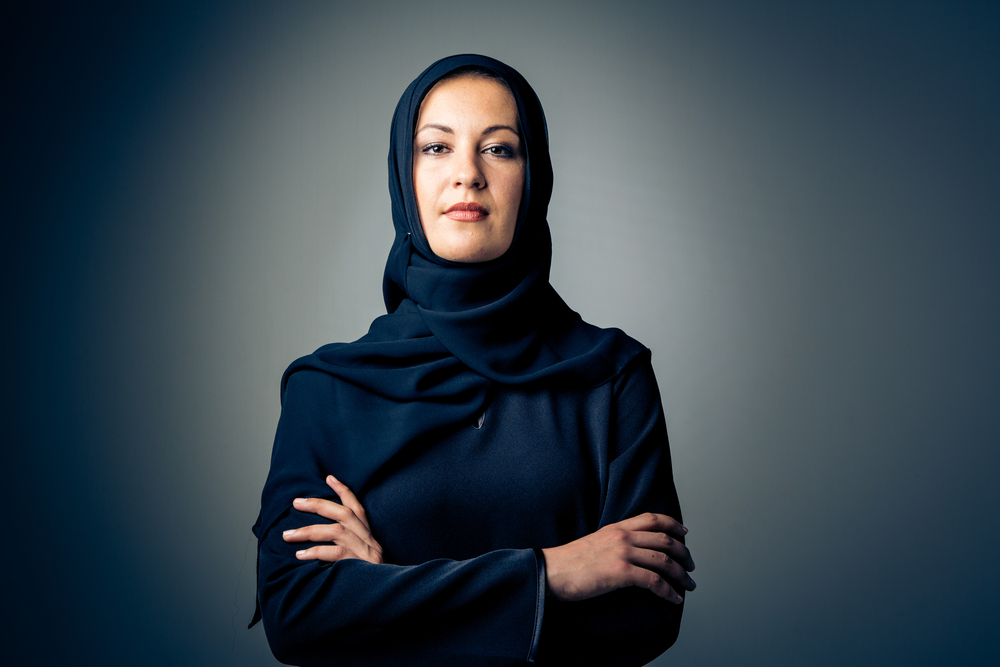 Many of the images we see of refugees, migrants and immigrants portray them as burdens on society or victims of oppression. A new photo show, Another Way Home, offers a different narrative.

Curated by the Open Society Foundations, a philanthropic organization founded by George Soros, the exhibit is the latest installation of its annual Moving Walls series. The series is dedicated to social justice, and this year, the topic is migration. The show opened on September 26 at the group’s office in New York City and runs until July 2019.

The Foundation received more than 400 submissions and chose 13 photographers, artists and storytellers. Many of the winners are immigrants, migrants or refugees themselves.

“We aim to emphasize the individual acts of bravery and self-sacrifice as well as the resilience of familial and community ties that exist amidst stories of great risk and pain,” said co-curator Yukiko Yamagata in a statement.

One activist photographed a Mexican immigrant among colorful handcrafted piñatas, which she sells to support her family in Queens. A designer traveled to Italy to cast African migrants in a high-end fashion shoot. A photographer asked a refugee family in Lebanon to re-create a tough moment: serving the children grass, because there was nothing else to eat.

Each artist will receive up to $60,000 from the Foundations to continue their work. Here’s a sampling of the art and photography.

Walé Oyéjidé is the designer behind Ikiré Jones, an African-inspired fashion label, and helped work on the wardrobe of Black Panther. He immigrated to the U.S. from Nigeria in his teens. In a photo series called After Migration, he turned to an unlikely source for his models: African migrants.

He says he told them, “You are beautiful. How can I show you as you’d rather be seen?”

He worked with local nonprofit groups in New York City, Rome and Florence to cast migrants from countries like Gambia, Guinea and Nigeria. He says he paid them the same rate as professional models: a couple of hundred dollars a day.

“Many had the same reaction that you and I would have” to being cast, he says. ” ‘Oh, you think I’m good-looking?’ It puts a smile on your face.”

Continue on the source site to see the images and read the stories behind the photos by clicking here.