All about the U.S. Citizenship Oath 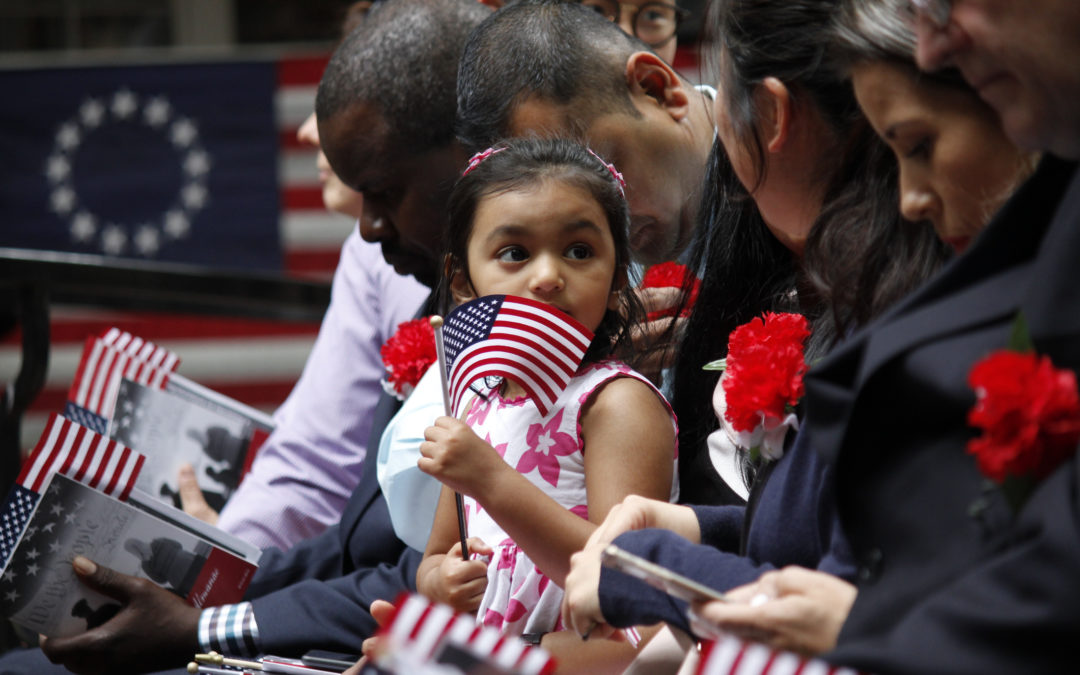 Here’s something to think about on this Fourth of July: If you are born in the United States, citizenship is a birthright, but if you immigrate to this country, the work of the citizenship process culminates in the reciting of an oath.

The U.S. citizenship oath consists of 140 words. Some of those are more contemporary, others more archaic. That’s because the idea of the citizenship oath is almost as old as the Constitution itself.

The first naturalization law was passed in 1790, the year Rhode Island became the final of the original 13 colonies to ratify the Constitution and one year before the Bill of Rights was ratified.

“It permitted any free white person who lived in the United States for two years to petition the court to be a citizen,” says Xiao Wang.

Wang is one of millions of people who have become naturalized U.S. citizens. His family came to the U.S. from China when he was 10 years old. Today, he’s the CEO of Boundless Immigration, a Seattle-based technology company that helps immigrant families navigate a naturalization process that in 2018 saw nearly 757,000 people take the U.S. citizenship oath — a five-year high.

Wang says that when the naturalization process first began, applicants had to provide proof of their good character, pledge to support the Constitution and give up any allegiances to any other foreign state or sovereignty.

“On top of that, applicants who had a previous hereditary title or nobility actually had to renounce that as well to become a citizen of the U.S.,” he says.

But while the 1790 naturalization law established a framework for becoming a citizen, it didn’t implement a standard oath for the country, leaving the naturalization process varied from state to state for more than 100 years.