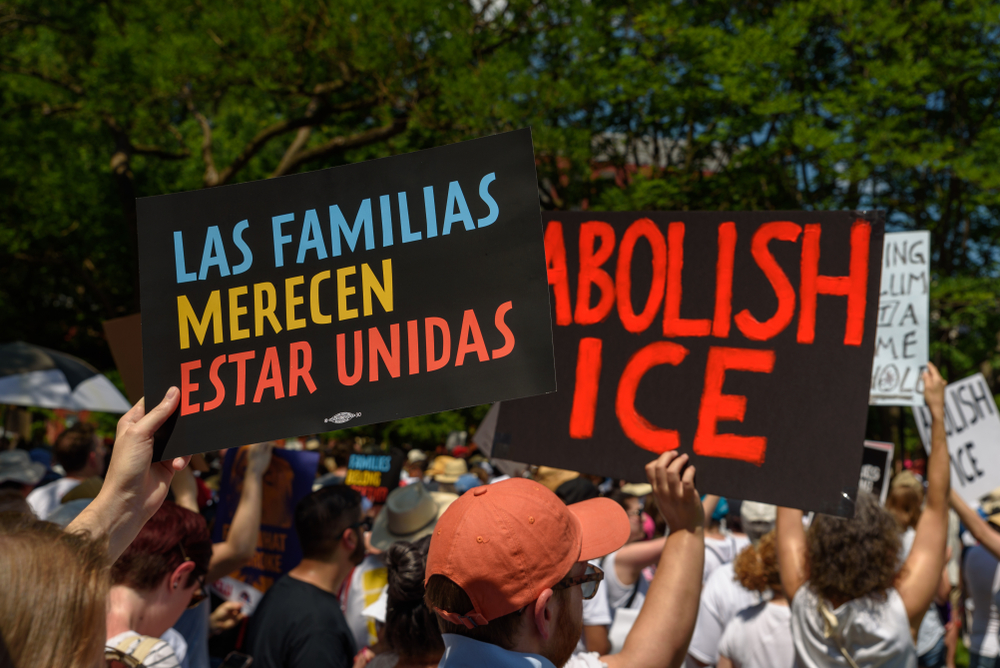 Dozens of immigrant rights activists rallied outside the San Francisco U.S. Immigration and Customs Enforcement office today to denounce the transfer of several detained immigrants from a Richmond jail to out-of-state detention centers.

Contra Costa Sheriff David Livingston announced the termination of the county’s contract with ICE last month, explaining that it had become expensive and time consuming to manage protests outside the facility brought on by the activists.

Several of the detainees have been taken to facilities in Washington and Colorado, without any advance warning to the detainees’ families, some family members alleged today at the rally.

“ICE transferred in the most atrocious and inhumane way all community members detained at West County out of state, further away from their communities, their families and legal counsel,” said organizer Adriana Barraza, whose husband, Fernando Carrillo, was detained and eventually released from ICE custody earlier this year.

Barraza added, “This is an absolute obstruction of justice and a neglect of immigrants’ right to due process. Many of them had bond hearings coming up, where they had opportunities to be released and, unfortunately, those bond hearings have now been canceled due to their transfer.”

The activists are demanding that ICE release the detainees instead of transferring them back to the West County Detention Center.

Continue reading to learn what is happening to detainees by clicking here.

Looking for legal resources? Check out the e-immigrate directory.